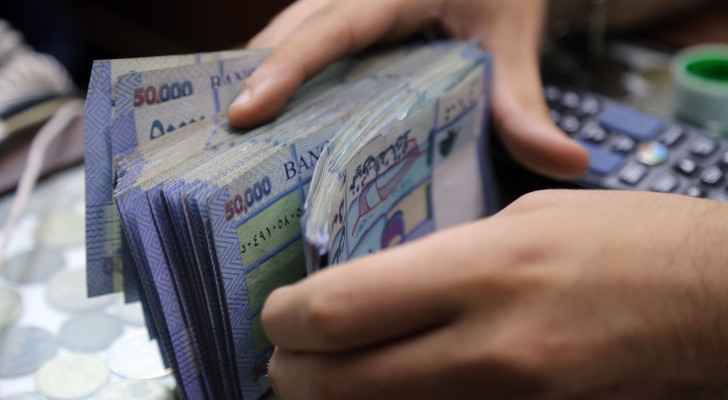 Wednesday, the Lebanese pound lost more value against the dollar, after a limited improvement last month, following the announcement of the formation of a new government after 13 months of political vacuum.

Since the summer of 2019, in light of an economic collapse that the World Bank has ranked among the worst in the world since 1850, the Lebanese pound has gradually begun to decline against the dollar, coinciding with a severe liquidity crisis and banks stopping providing depositors with their money in dollars.

The official exchange rate is still fixed at 1,507 pounds.

In July, the Lebanese pound recorded a new record decline, as the exchange rate against the dollar crossed the threshold of 23,000 on the black market.

In September, the exchange rate improved somewhat, approaching 15,000 against the dollar, after announcing the formation of a new government headed by Najib Mikati, after more than a year of political paralysis following the resignation of the previous government, days after the horrific explosion of the port of Beirut in August 2020.

However, this improvement did not last long, and the lira gradually lost more of its value with the continuing repercussions of the economic collapse and the absence of any clear reform plans.

Money changers, who refused to reveal their identities, told AFP that the exchange rate of the lira reached 20,500 pounds to the dollar on Wednesday, compared to 17,000 at the beginning of this month. This is the worst decline in the value of the lira since August, when the exchange rate also crossed the 20,000 mark.

Food prices during the two years of the crisis rose by more than 600 percent, according to the United Nations.

As a result of the depletion of the central bank’s reserves in dollars, the authorities began, months ago, to gradually lift subsidies on major commodities, most notably fuel and medicines, which led to a significant increase in their prices.

It is the responsibility of the new government to quickly reach an agreement with the International Monetary Fund as a first step to get Lebanon out of its crisis, while the international community requires the implementation of structural reforms in key sectors in return for providing financial support.