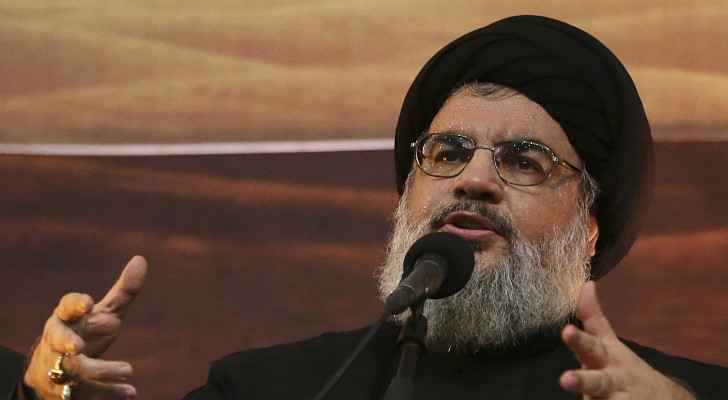 The head of Lebanon's Hezbollah movement on Monday accused the judge leading investigations into last year's port blast of politicizing the probe and called for an "honest" judge to take over.

Tarek Bitar, appointed to lead investigations in February after his predecessor was removed for summoning senior leaders, has come under increasing scrutiny for also going after top officials suspected of criminal negligence.

He was recently forced to suspend his work for a week because of lawsuits filed by former ministers demanding his removal, before a court this month turned down their request allowing him to resume investigations.

"There are very big mistakes happening... (Bitar) won't deliver the truth, nor will he deliver justice; only injustice and an obscuring of the truth," Hezbollah chief Hasan Nasrallah said.

Speaking in a televised address, Nasrallah accused Bitar of "working toward political objectives," without elaborating.

"We had warned him not to be biased and not to politicize the investigation... now he is approaching it as though he is the master of the case."

Last month, Lebanese media leaked a message from a senior Hezbollah official to Bitar, threatening him with removal over his approach to the investigation.

"Things cannot go on this way, especially in the coming days," Nasrallah said on Monday.

Nasrallah's warning came ahead of the planned interrogation of three ex-ministers who had requested Bitar's removal.

Bitar had set the dates of their interrogation for Tuesday and Wednesday, before parliament goes back into session on Oct.19, after which they would benefit from parliamentary immunity.

The Aug. 4, 2020 explosion at the Beirut port killed more than 200 people, wounded thousands more and destroyed swaths of the capital.

A Lebanese investigation into the tragedy has yet to identify a single culprit while calls have grown for an international probe rejected by authorities.

Rights groups and families of blast victims have accused political leaders of hampering the investigation to escape accountability.