Taliban delegation to meet with European, American officials in Doha 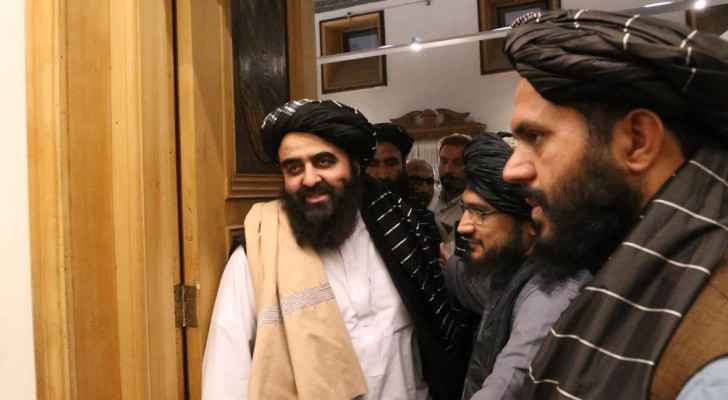 A Taliban delegation will meet Tuesday in Doha with European and American officials, the European Union announced, as the hardline Islamist movement seeks to break its international isolation.

The Taliban is seeking international recognition of its authority in Afghanistan and wants to obtain aid to spare the country a humanitarian catastrophe and alleviate the stifling economic crisis it is suffering from.

Monday, United Nations Secretary-General Antonio Guterres called on the world to inject liquidity into the country to avoid its economic collapse.

European Union spokeswoman Nabila Masrali said US and European officials would meet with representatives of the new authorities in Afghanistan for Qatari-mediated talks in Doha.

She added that the meeting would "allow the US and European sides to address issues" that include providing safe passage for those wishing to leave, ensuring humanitarian access, respecting women's rights and preventing Afghanistan from becoming a haven for "terrorist" groups.

Masrali said that the informal meeting "will take place at the technical level and does not constitute recognition of the 'transitional government'."

The Taliban seized power in Afghanistan in August, coinciding with the withdrawal of the United States from the country after a 20-year war.

So far, no country has recognized the legitimacy of Taliban rule in Afghanistan.

The Foreign Minister of the Taliban government, Amir Khan Muttaki, announced on Monday that a delegation from the movement would meet Tuesday in the Qatari capital, Doha, officials from the European Union.

"We want positive relations with the whole world. We believe in balanced international relations. We believe that balanced relations can save Afghanistan from instability," Mottaki said, according to an simultaneous translation into English of a speech he gave in Pashto.

On Saturday and Sunday, the Taliban held meetings with the United States in Qatar.

For his part, European Union Foreign Minister Josep Borrell said the bloc looked forward to strengthening its direct aid to the Afghan people in an effort to avoid the country's "collapse."

"We cannot just wait and see what happens. We have to act, we must act quickly," Borrell said after talks with European development ministers.

The international community faces the delicate task of providing emergency aid to the Afghan people without providing any support for the Taliban's rule.

United Nations Secretary-General Antonio Guterres said in an interview with the media that he was "especially disturbed by the failure of the Taliban movement to fulfill the promises it made to Afghan women and girls."

Guterres stressed the key role of women and said, "Without them, there is no chance for the Afghan economy and society to recover."

When asked about the reason for excluding girls, Mottaki said that schools were closed due to the Covid-19 pandemic, stressing that health risks have decreased.

He said, "Covid-19 has become under control and accidents are very few, and with this risk reduced, schools began to open their doors, and this matter is witnessing a continuous increase every day."

In another speech, Mottaki stressed that there is no discrimination against Shiites, stressing that the movement is in the process of containing the threat of the "Islamic State-Khorasan Province."

"Whatever their preparations were, they were neutralized by 98 percent," Mottaki said.

Friday, the "Islamic State of Khorasan Province" claimed a suicide bombing in a mosque in Kunduz, which killed more than 60 people, the deadliest since the withdrawal of US forces from the country.

In a sign of the lack of security, the United States and the United Kingdom asked their two nationals to avoid hotels in Afghanistan, especially the Serena Hotel in Kabul.

Over 100 depart Kabul on first evacuation flight since US ....