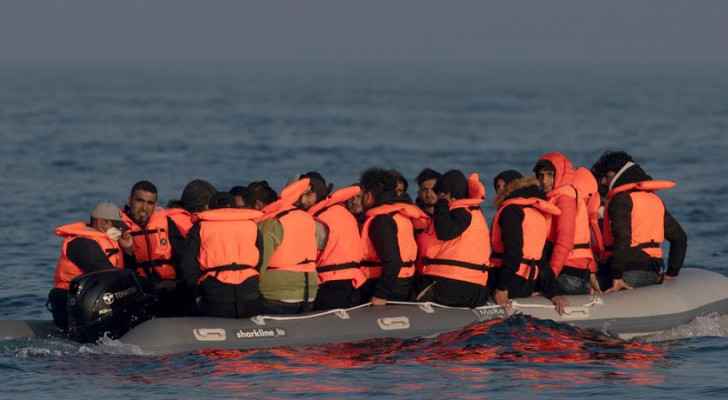 French authorities announced the rescue of 342 migrants on Sunday who set off from France in an attempt to reach England on makeshift boats off the Pas-de-Calais Strait in the English Channel.

The Regional Observation and Operations Center was informed overnight of "several boats" experiencing difficulties north of Pas-de-Calais, according to a local coast guard statement.

A tugboat was sent to help and rescue, and it carried out during three operations, during which it rescued "124 drowning people," while a French Navy patrol ship rescued "95 drowned people" during eight operations.

In northern France, 121 people were rescued during six separate operations, according to the statement.

76 people were rescued trying to reach England on Saturday, and 95 people on Friday.

The British Home Office noted on Sunday that the United Kingdom rescued 1,115 migrants who crossed the Channel on small boats on Friday and Saturday.

Crossing the Channel to the United Kingdom has been increasing since the end of 2018, despite repeated warnings from the authorities stressing the dangers of this type of migration due to heavy traffic, strong currents and low water temperatures.

According to the French authorities, about 15,400 migrants tried to cross the Channel between January 1 and August 31, 3,500 of whom were rescued with difficulty in the strait and returned to the French coast.

French Interior Minister Gerald Darmanin said Saturday during his visit to the region that the interception of illegal immigration boats has increased in the past three months from "50 percent to 65 percent."