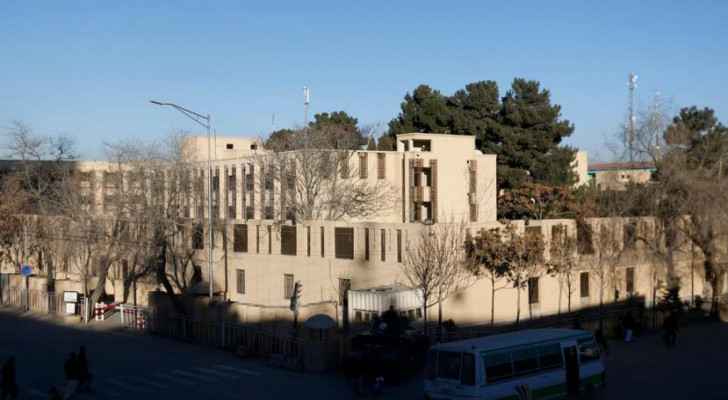 The United States and Britain on Monday called on their citizens to avoid hotels in the Afghan capital, Kabul, days after dozens of people were killed in an attack on a mosque in Kunduz, which was claimed by Daesh.

The Taliban, which seized power in August and declared an "Islamic emirate," is seeking international recognition for its regime and access to aid to avert a humanitarian catastrophe and ease Afghanistan's economic crisis.

But at a time when the hardline Islamist movement is trying to transition from one rebel force to another ruling force, it is facing difficulties in controlling the threat posed by Daesh in Afghanistan.

"US citizens in or near the Serena Hotel should leave immediately," the State Department said, citing "security threats" in the area.

The British Foreign Office updated its advice on not traveling to Afghanistan by noting that "in light of the increased risks, we advise you not to stay in hotels, especially in Kabul (such as the Serena Hotel)."

Since the Taliban took control of the country, many foreigners have left Afghanistan, but some journalists and aid workers have remained in the capital.

The well-known Serena Hotel, a luxury hotel frequented by businessmen and foreign visitors, has been targeted twice in the past by the Taliban.

In 2014, just weeks before the presidential elections, four gunmen who hid pistols in their socks succeeded in breaching multiple security barriers, killing nine people, including an AFP journalist and members of his family.

During the chaotic evacuation of foreign and Afghan nationals deemed vulnerable, NATO countries issued warnings of an imminent threat, urging them to stay away from Kabul airport.

Indeed, a suicide bomber blew himself up moments later among a crowd that had gathered in the vicinity of one of the airport gates, killing dozens of civilians and 13 American soldiers.

The attack was claimed by Daesh, which has since targeted a number of Taliban, and claimed responsibility for the Kunduz attack, which targeted a mosque during Friday prayers and was considered the deadliest since US forces left the country in August.

Daesh's arm in Afghanistan and Pakistan has claimed responsibility in recent years for some of the deadliest attacks in the two countries, killing civilians in mosques, shrines, public squares and even hospitals.

The terrorist threat has somewhat overshadowed the Taliban's efforts to improve its international image.

Over the weekend, Taliban representatives and US officials held their first direct talks in Doha since the US withdrawal.

State Department spokesman Ned Price said the talks "focused on security concerns, terrorism, and safe passage for US citizens and other foreign nationals and our Afghan partners."

Other issues that have been focused on include "human rights, including the active participation of women and girls in all areas of Afghan society," Price said.

According to the statement, the talks were "frank and professional," and US officials reiterated that the Taliban would be judged "by their actions, not just their words."

The Taliban stated that the United States agreed to send aid to Afghanistan, although Washington made it clear that the matter was only for discussion and that any aid allocated to Afghanistan would be given to the people, not to the Taliban government.

The Taliban's Foreign Ministry stated that "representatives of the American side announced that they would provide aid to the Afghans and provide facilities needed by other humanitarian organizations to deliver aid," warning against linking aid to political issues.

Many killed in attack on mosque in ....