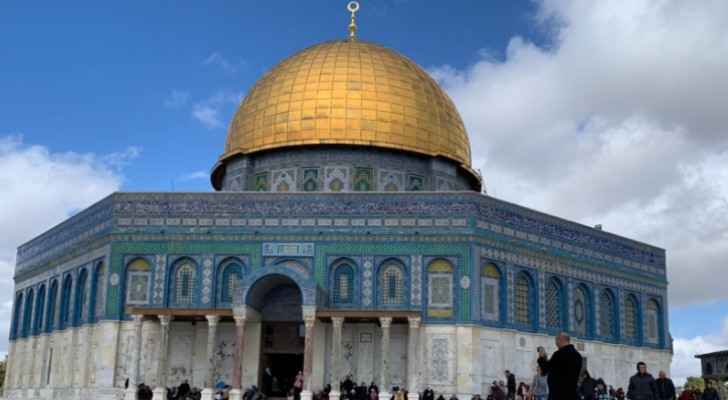 Eyewitnesses told Petra’s correspondent in Ramallah that the radical settlers carried out the raids under heavy protection of the Israeli Occupation Forces (IOF).

The settlers stormed the mosque from al-Magharebah Gate, and performed their Talmudic rituals inside the compound, the eyewitnesses added.