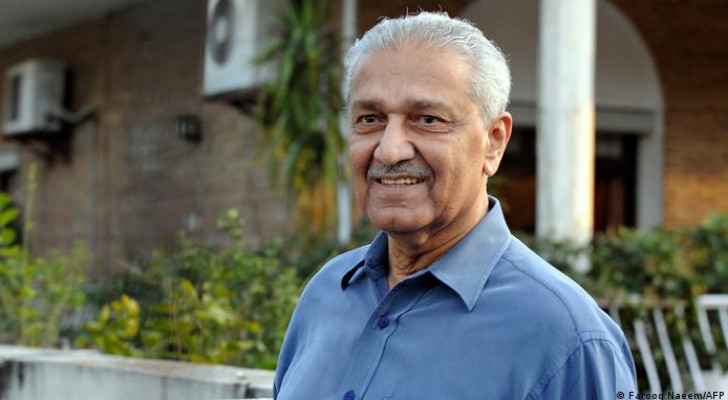 Abdul Qadeer Khan, the architect of Pakistan's nuclear program, has died at the age of 85, state broadcaster BTV reported Sunday.

Khan died after he was transferred to hospital due to lung problems.

Khan was hospitalized in August after he tested positive for COVID-19, and was then sent home before his condition deteriorated on Sunday morning, the station said.

Pakistani President Arif Alvi wrote on Twitter that he was "deeply saddened" by the death of the scientist he had known since 1982.

"He helped us develop a nuclear deterrent vital to the survival of the nation, and the country will never forget his services," he added.

Khan gained his status as a national hero in May 1998 when the Islamic Republic of Pakistan officially became an atomic military power, becoming the first Muslim nation to hold the title.

Shortly thereafter, he found himself at the center of a controversy, accused of leaking technology to Iran, Libya and North Korea. He has been under house arrest in Islamabad since 2004.

He developed prostate cancer in 2006 and recovered after undergoing surgery.

Since then, he has remained under heavy surveillance and has been forced to report his every move to the authorities.