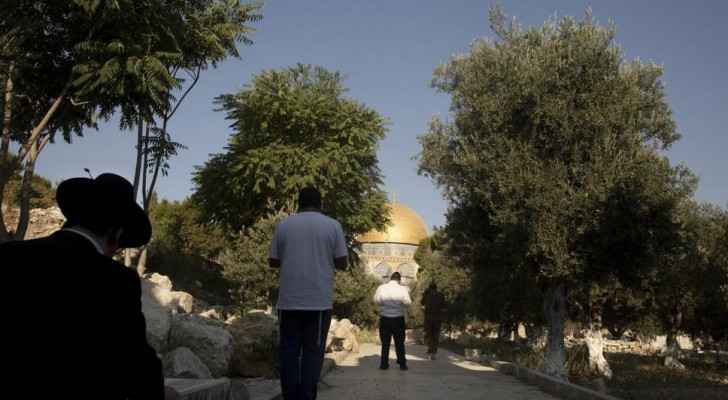 Friday, an Israeli Occupation court decided not to allow the settlers to perform “silent prayer” in Al Aqsa Mosque in Occupied Jerusalem.

This came after the occupation police filed an appeal against the decision of the Jerusalem Magistrates' Court, which, on Wednesday, allowed the Israeli Occupiers to perform silent prayers in the courtyards of Al Aqsa and decided that their prayers cannot be deemed a “criminal act.”

The Minister of Internal Security in the Israeli Occupation said that changing the status quo at Al Aqsa would pose a threat to public safety and would lead to an explosion of the situation.

He said that the police filed an appeal against the court's decision, claiming that “[Israeli Occupation] respects the freedom of worship and prayer in the place. However, in light of the expected security repercussions from such a decision, the status quo must be preserved and the Jewish prayer at the Western Wall and the prayer of Muslims in the Haram al-Sharif must be preserved.”

According to a Hebrew newspaper, the decision made by the court on Wednesday was unprecedented, and that the “ruling was the first by an [Israeli Occupation] court to support Jewish prayer at the holy site.”