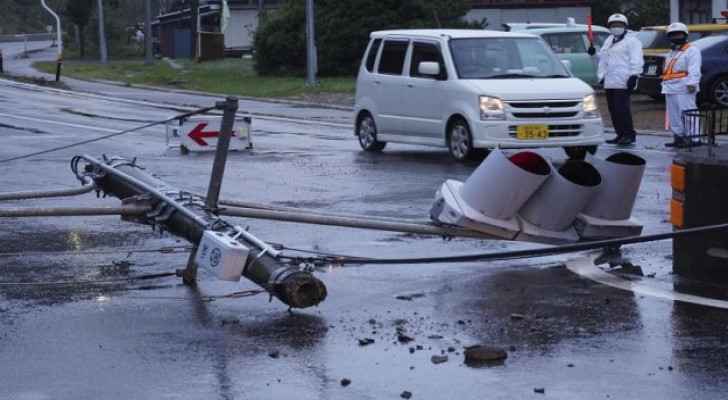 Friday, the Japanese disaster management announced that more than 30 people were injured in the earthquake that struck the Tokyo region on Thursday evening.

For its part, the American Institute of Geophysics estimated the earthquake's intensity at 5.9 on the Richter scale.

The earthquake, which was felt in a large part of eastern Japan, shook buildings and alarms were sounded on residents' phones to give them time to reach safety.

The epicenter of the earthquake, which occurred at 22:41 (1341 GMT), was located at a depth of 80 kilometers in Chiba Prefecture (east of Tokyo), the country’s meteorological agency said. The American Institute estimated its depth at 61 km.

The Disaster and Fire Management Agency announced Friday morning that 32 people were injured. They added that fires were reported in a building and two refineries, but they were contained.

Local trains, as well as high-speed trains, were immediately suspended as a precaution. On Friday morning, there were still some delays registered at Tokyo's Shinagawa station.

Inspections were carried out at nuclear power plants where no malfunctions were immediately reported.

"Please take measures to protect your lives and follow the latest information" on the earthquake, Japanese Prime Minister Fumio Kishida, elected by parliament on Monday, wrote on Twitter.

Japan lies in the Pacific Ocean on the "Ring of Fire," an arc of intense seismic activity that stretches across Southeast Asia and the Pacific Basin.

They apply strict building standards so that their buildings are able to withstand strong vibrations.