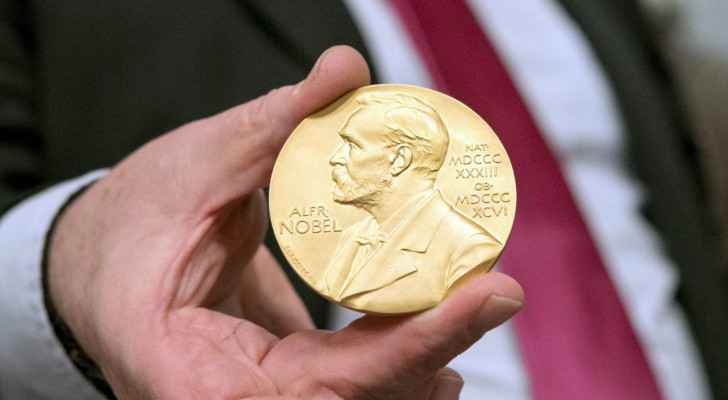 The announcement came a month ahead of the COP26 climate summit in Glasgow, where global warming will top the world agenda.

Manabe, 90, and Hasselmann, 89, share one half of the 10-million-kronor ($1.1-million, one-million-euro) prize for their research on climate models, while Parisi, 73, won the other half for his work on the interplay of disorder and fluctuations in physical systems.

"Syukuro Manabe and Klaus Hasselmann laid the foundation of our knowledge of the Earth's climate and how humanity influences it," the Nobel Committee said in a statement.

"Giorgio Parisi is rewarded for his revolutionary contributions to the theory of disordered materials and random processes," it added.

"The discoveries being recognised this year demonstrate that our knowledge about the climate rests on a solid scientific foundation, based on a rigorous analysis of observations," Thors Hans Hansson, chair of the Nobel Committee for Physics, said in a statement.

Manabe is affiliated with Princeton University in the US, while Hasselmann is a professor at the Max Planck Institute for Meteorology in Hamburg.

Parisi is a professor at Sapienza University of Rome.

Working in the 1960s, Manabe showed how levels of carbon dioxide in the atmosphere corresponded to increased Earth surface temperatures.

He was influential in developing the physical models of Earth's climate and worked on how exactly the heat energy received by Earth from the Sun radiates back into the atmosphere.

Hasselmann was credited for working out how climate models can remain reliable despite sometimes chaotic variation in weather trends.

The Committee praised his identification of climate "fingerprints" caused by both natural and human activities and how much climate change can be attributed solely to man-made emissions.

Parisi, who was awarded separately, was spotlighted for his work in the 1980s that was said by the Committee to be "among the most important contributions" to the theory of complex systems.

His work made it possible for physicists to understand apparently entirely random materials, with wide-ranging applications including mathematics, biology, and machine learning.

For the past two years, the Swedish Royal Academy of Sciences has honoured findings in the field of astronomy, leading watchers to speculate it was due for a change of field.

In 2019, Canadian-US researcher James Peebles won the award for discoveries explaining the universe's evolution after the Big Bang, together with Michel Mayor and Didier Queloz of Switzerland for the first discovery of an exoplanet.

This was followed in 2020 for work on black holes, with Britain's Roger Penrose, Germany's Reinhard Genzel and Andrea Ghez of the US honoured.

The prestigious honour is the second Nobel of the season after the medicine prize on Monday went to a US duo David Julius and Ardem Patapoutian for discoveries on receptors for temperature and touch.

The Nobel season continues on Wednesday with the award for chemistry, followed by the much-anticipated prizes for literature on Thursday and peace on Friday before the economics prize winds things up on Monday, October 11.

While the names of the Nobel laureates are kept secret until the last minute, the Nobel Foundation has already announced that the glittering prize ceremony and banquet held in Stockholm in

December for the science and literature laureates will not happen this year due to the pandemic.

Like last year, laureates will receive their awards in their home countries.

A decision has yet to be made about the lavish Peace Prize ceremony held in Oslo on the same day.