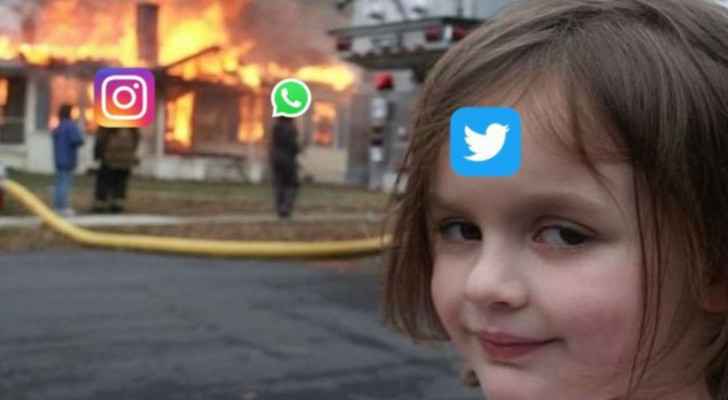 Many other companies poked fun at the situation as well, including Twitter and Netflix.

Not letting the chance slide by, Twitter wrote on their official account “hello literally everyone,” and received around 576,000 replies from people and different international companies. 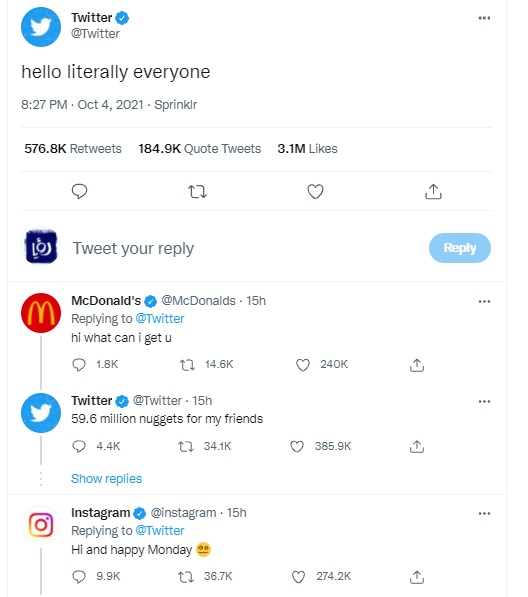 Netflix tweeted “When Instagram & Facebook are down,” and posted a picture of a scene from its series “Squid Game.”