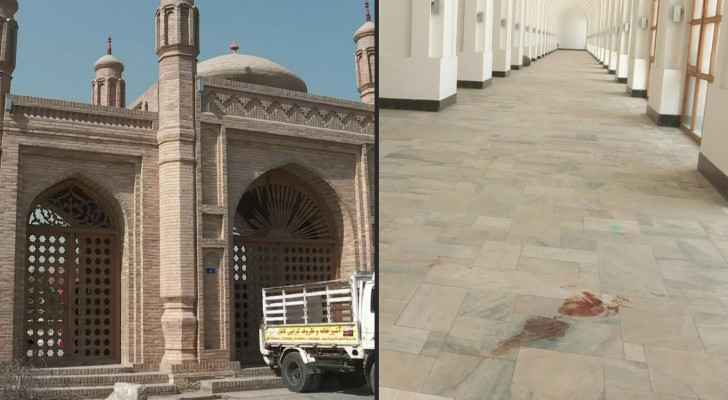 Taliban supporters and senior figures held their first mass rally near Kabul on Sunday, but the show of strength was overshadowed by a bomb blast targeting mourners inside the Afghan capital.

The Taliban’s rule and their hold on power within the country is becoming stronger, seven weeks after they took Kabul.

But in a sign that the Taliban victory has not brought an end to violence after Afghanistan's 20-year conflict, an explosion killed at least five and wounded several more outside Kabul's Eid Gah mosque.

Taliban spokesperson, Zabihullah Mujahid, had said on Saturday that a prayer ceremony would be held at the mosque for his mother following her recent death. He made no reference to this on Sunday as he tweeted that the blast had killed several civilians in the area.

People in bloodied clothing were seen by AFP arriving at the nearby Kabul Emergency Hospital.

A cultural commission official, who asked not to be named, told AFP that five people died and 11 were wounded, adding that the casualties included both civilians and Taliban members.

"We have also arrested three people in connection with the blast," he said.

According to the official, the device was placed at the entrance to the mosque and detonated as mourners were leaving after offering condolences to Mujahid and his family.

Taliban fighters arriving at the hospital handed over their weapons and stripped off their body armour to go in to donate blood, and the hospital said on Twitter that four patients were being treated.

Beauty salon a women's haven in the Taliban's Kabul

Beauty salon a women's haven in the ....