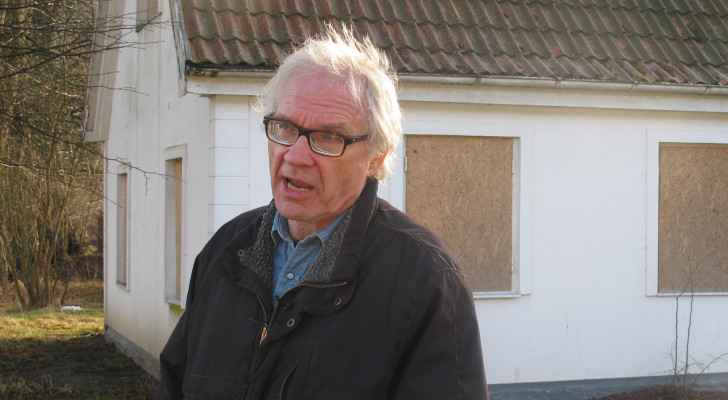 Sunday, the Swedish cartoonist Lars Vilks, famous for his satirical cartoons of the Prophet Muhammad, died in a car accident in Sweden.

Vilks lived under police protection since 2007 after his cartoons sparked outrage and he received death threats.

The 75-year-old cartoonist and two policemen who were with him were killed after their car collided with a truck, Swedish police told AFP.

“This accident is being investigated like any other traffic accident. However, because it also concerns the death of two policemen, a section of the public prosecutor's office has been assigned to this investigation,” a police spokesperson told AFP.

The accident occurred near the small town of Markaryd when the car Vilks was in collided with a truck, both vehicles caught on fire, but the truck driver lived and is now in the hospital, police said.

A police statement indicated that the cause of the accident is not clear.

“It is incomprehensible and indescribably sad that the person we are protecting and the lives of our colleagues ended in this tragedy,” said Karina Pearson, regional police chief.

Vilks has been under police protection since one of his 2007 caricatures of the Prophet Muhammad outraged Muslims.

Al Qaeda had offered a $100,000 reward for anyone who killed Vilks.

In 2015, Vilks survived a shooting incident during a conference in Copenhagen that killed a Danish director.