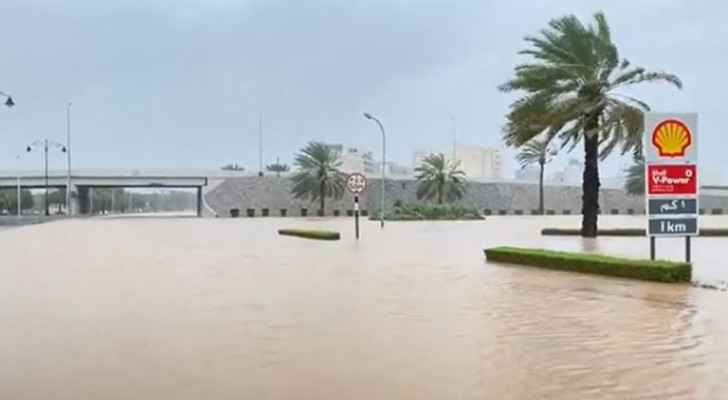 Sunday, an Omani child died in the water floods in Al Amarat city in Muscat, amid fears of the approaching cyclone's eye, announced Oman News Agency.

Public hospitals continue to provide their services to residents of the areas affected by the hurricane.

It was also decided to cut off traffic in the governorates of North and South Al Batinah and not allow movement except for emergency cases, due to the proximity of the eye of the hurricane to the area.

The heavy rain is expected to reach 500 mm and will be accompanied with strong winds.

Currently, the Governorate of Muscat is affected by strong to very fast winds exceeding 45 knots, which continue to intensify.

Meanwhile, the relief and shelter sector of the National Center for Emergency Management stated that 136 shelter centers are equipped in the governorates expected to be affected by the hurricane.

The Omani Minister of Transport, Communications and Information Technology, Saeed bin Hamoud Al-Maawali, confirmed the ministry's readiness to deal with any damage to the roads.

The Minister also praised the efforts of the National Center for Early Warning of Multiple Hazards in monitoring and following-up the tropical storm “Shaheen” around the clock.

VIDEO: Two killed after mountain collapses on building in ....