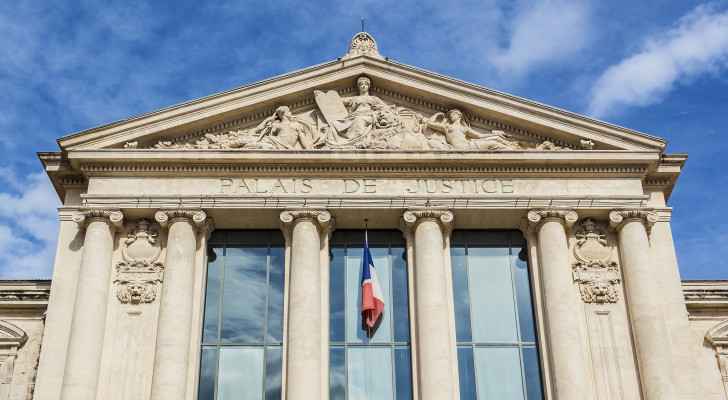 A Jordanian who worked for a factory in Syria was charged with financing of terrorism in Paris, as part of a judicial investigation related to Daesh’s activities in the country until 2014, according to a judicial source, confirming information published by the French magazine, Le Nouvel Observateur.

Ahmad Jaloudi, who was indicted on Sept. 24, held the position of a “risk manager” for the company.

He was placed under judicial supervision after being questioned by the judges of a Paris court.

“It is indisputable that Jaloudi has fought all his life against extremism,” Noemi Saidi-Cottier, Jalaudi's attorney, told AFP. “I can only express my regret at the accusation against him, which I find unjust.”

In the judicial investigation that began in 2017, it is suspected that the leading company paid in 2013 and 2014, through its branch in Syria, about 13 million euros to militant groups, including Daesh, and intermediaries to guarantee security and stability for the company inside a war-torn country.

An internal report highlighted the transfer of funds from the Syrian branch to mediators to negotiate with “armed groups.”

However, the company in question has always denied any responsibility for the money reaching terrorist organizations.

According to media outlets in France and the UK, the Syrian branch constituted a “regional center” for the intelligence services of several countries.

According to a French magazine, Jaloudi, a former member of the Jordanian Special Forces, collected “information about around thirty hostages, particularly the American journalist, James Foley, the British photographer, John Cantlie, as well as the Jordanian pilot Muath al-Kasasbeh” who was burned alive by Daesh while inside a cage in 2015.

A customs investigation document, dated 2019 and summarizing the exchange of emails, presents Jaloudi as having “a permanent relationship” with Daesh.

Jaloudi, along with other former directors of the company, was charged with “financing a terrorist gang” and “endangering the lives of others.”