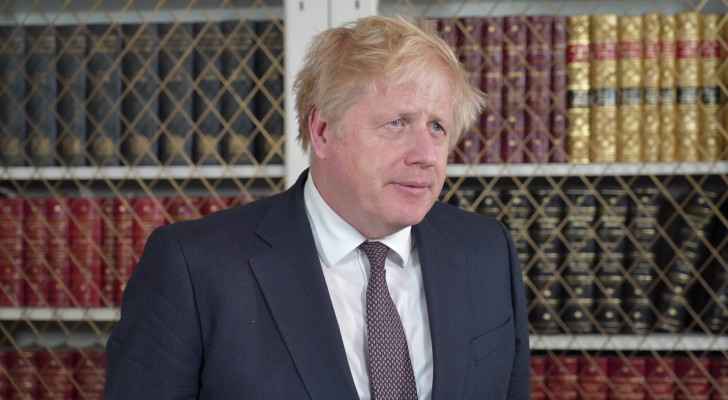 Prime Minister Boris Johnson on Tuesday ruled out priority access at the pumps for key workers, insisting a fuel supply crisis to British petrol stations was improving, even as forecourts remained gridlocked with motorists desperate to fill up.

In his first broadcast comments on the crisis that has seen the army put on standby to deliver supplies, Johnson said there was no need to allow essential workers to jump the queue.

"With the situation now stabilizing and things getting better on the forecourts, the best thing is we stabilize it in the normal way," he told reporters.

Five days of long queues at filling stations across Britain have caused traffic gridlock and frayed tempers, with some motorists even using plastic water bottles to get supplies.

The crisis threatening public confidence in Johnson's government stems from concerns that a lack of tanker drivers post-Brexit could affect supplies at the pump.

Johnson on Monday night put the army on standby to drive tankers from refineries, after a day of denials that troops were being readied for deployment.

The Petrol Retailers Association (PRA) said 37 percent of its members' forecourts had reported being out of fuel on Tuesday morning.

"With regular restocks taking place, this percentage is likely to improve further over the next 24 hours," PRA executive director Gordon Balmer said.

Johnson urged the public "to go about their business in the normal way and fill up... when you really need it", blaming global supply pressures for the situation.

And he defended his dramatic U-turn on post-Brexit immigration policy that offers European truckers a three-month visa waiver to plug the driver shortfall.

Critics say that would not be enought to tempt many foreign lorry drivers to return and pushed for longer.
But Johnson said "low wage, low-skilled immigration" was "not the way we want the UK to develop".

Transport Secretary Grant Shapps blamed the public for panic-buying and the coronavirus pandemic, which saw tests for 30,000 drivers delayed and foreign truckers return home.
But even as deliveries slowly resumed, motorists like London taxi driver Divyesh Ruparelia, 58, faced an anxious time trying to fill up.

"Today, if it's anything like yesterday, then I will run out of fuel," he told AFP.

Paramedic Jennifer Ward, 21, said she had to try five different garages in Norfolk, eastern England, before she could fill up her ambulance.

"We work a stressful job and we don't need any added anxiety," she told the Daily Mail.

Healthcare bodies said "urgent action" was needed, as doctors, nurses and other staff were increasingly unable to get to work.

"We can't be waiting in queues for two or three hours for petrol or diesel when we have patients to see," BMA deputy chairman David Wrigley told Times Radio.

Even normally supportive sections of the British media voiced anger at the government's handling of the crisis, which Johnson blamed on "a misleading account of something which got leaked and caused a surge in public demand".

The Sun said mixed messaging was hitting public confidence and accused the government of being "asleep at the wheel" on fuel, as well as lacking a strategy to deal with surging numbers of migrants crossing the Channel from France."Is anyone actually in charge in Downing Street?" it asked in an editorial. "Get a grip on it, PM. Public patience is close to breaking point."

The leader of Britain's main opposition Labour party, Keir Starmer, said the government had reduced the country to "chaos" and had no clear plan.

Haulage industry bosses had told him the government "is denying there's a problem, then blaming somebody else, and then coming up with a half-baked plan"," he added.

Fuel shortages are now having a knock-on effect across several sectors, with non-league football matches cancelled and schools warning of a return to online lessons if teachers are unable to reach classrooms.

A shortage of truckers even before the fuel supply crisis has led to empty supermarket shelves and delivery delays, stoking fears of a lack of food and toys for Christmas.

IMAGES: At least 80 killed after fuel tanker explodes in ....