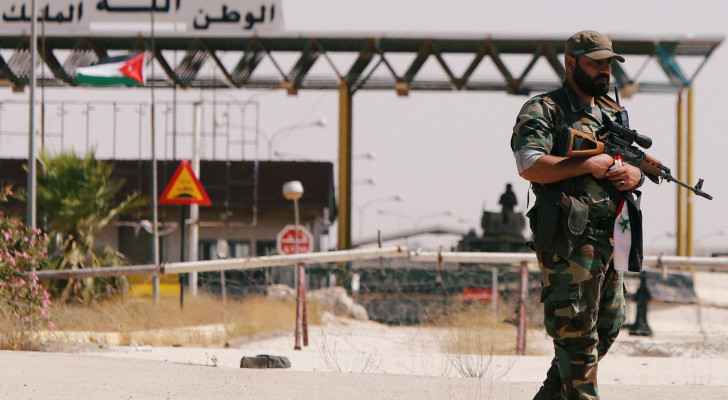 The Northern Military Zone, in coordination with the Anti-Narcotics Department (AND), has thwarted on Saturday, an attempt to infiltrate the Kingdom and smuggle a quantity of drugs from Syrian territory.

In a press statement, an official military source at the General Command of the Jordan Armed Forces-Arab Army (JAF) said the rules of engagement were applied in the incident, leading to arresting a suspect who tried to infiltrate Jordanian borders.

After searching the area, 50,000 Captagon pills were seized, and the person and the seized items were transferred to the competent authorities, the source pointed out.

The source added that the army will apply "full force" to thwart any infiltration or smuggling attempts that seek to tamper with the Kingdom’s security.