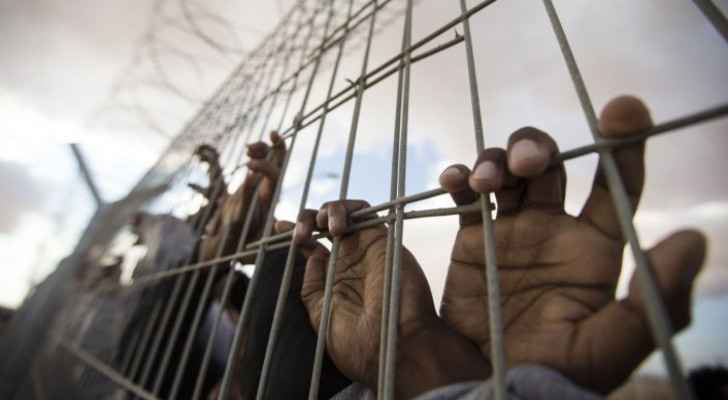 Saturday, an expert in the Palestinian Prisoners and Ex-Prisoners Affairs Commission, Abdel Nasser Farwaneh, said that 4,500 Palestinian prisoners are currently held in in the prisons of the Israeli Occupation.

He noted that 600 out of the 4,500 prisoners suffer from various diseases and do not receive the necessary treatment or health care.

Farwaneh added in a Facebook post that the prisoners are subjected to deliberate medical neglect by the Israeli Occupation authorities, and that some of them suffer from serious and chronic diseases.

He pointed out that the prisoners need extra care in order to save their lives before it is "too late."

He also stated that 226 prisoners have been killed inside the prisons of the Israeli Occupation since 1967. In addition to hundreds of others who died after their release from prison.

Earlier this week, the Palestinian Prisoners and Ex-Prisoners Affairs Commission announced the death of the released prisoner Hussein Masalma at the Istishari Hospital in Ramallah.

Masalma died due to complications resulting from the Israeli Occupation medical negligence and procrastination at the time he was in custody, according to the Palestinian News Agency, WAFA.

At the end of last year and while Masalma was in prison, his health began to deteriorate and despite that, the Israeli Occupation authorities delayed his transfer to a hospital to receive treatment. When his health deteriorated even more, he was transferred to Hadassah Hospital and was diagnosed with late-stage leukemia.

The Israeli Occupation authorities issued a decision to release the prisoner Masalma, 39, from the town of Al-Khader, south of Bethlehem, on Feb. 14, 2021.

Sept. 13, he was transferred to Istishari Hospital in Ramallah.

Notably, Masalma was arrested in 2002 and was sentenced to 20 years in prison.