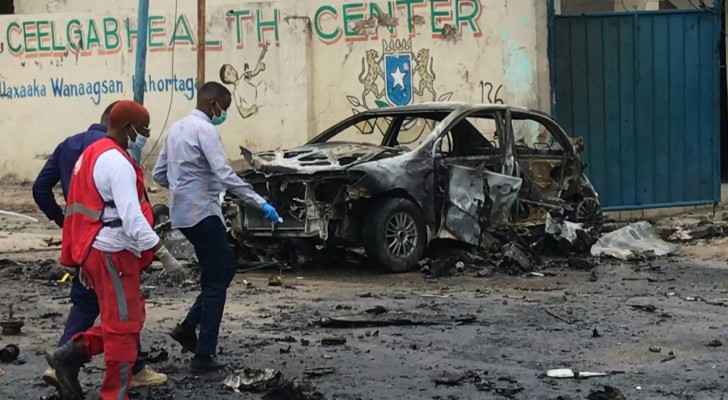 "We have confirmed that eight people, most of them civilians, died and seven others wounded in the car bomb blast", district police chief Mucawiye Ahmed Mudey told reporters.

The bombing took place within a kilometer of Villa Somalia, the presidential palace.

A witness said the car bomb was detonated when police stopped the driver for a security check.

"They normally stop to check and clear vehicles before they can pass by the checkpoint. This car was stopped by the security guards and it went off while there were several other cars and people passing by the nearby road. I saw wounded and dead people being carried," said witness Mohamed Hassan.

The Al-Shabaab militants claimed responsibility in a brief statement.

The group controlled the capital until 2011 when it was pushed out by African Union troops, but it still holds territory in the countryside and launches frequent attacks against government and civilian targets in Mogadishu and elsewhere.