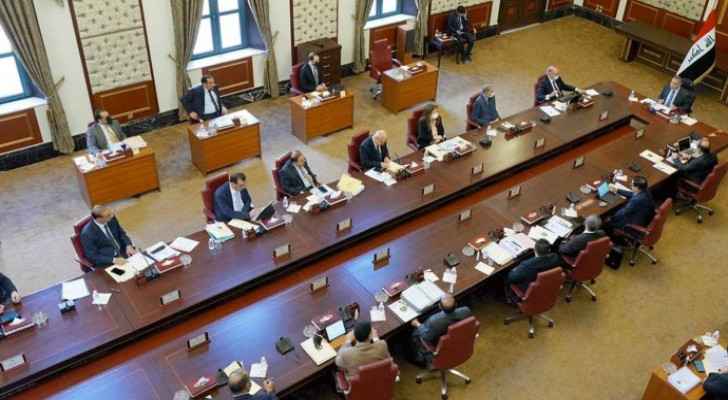 More than 300 Iraqis, including tribal leaders, attended a conference in autonomous Kurdistan organized by a US think-tank demanding a normalization of relations between Baghdad and the Israeli Occupation, organizers said Saturday.

The first initiative of its kind in Iraq, where the Israeli Occupation's sworn enemy Iran has a very strong influence, the conference took place on Friday and was organized by the New York-based Center for Peace Communications (CPC).

The CPC advocates for normalizing relations between the Israeli Occupation and Arab countries, alongside working to establish ties between civil society organizations.

Iraqi Kurdistan maintains cordial contacts with the Israeli Occupation, but the federal government in Baghdad does not have diplomatic ties with the Jewish state.

"We demand our integration into the Abraham Accords," said Sahar al-Tai, one of the attendees, reading a closing statement in a conference room at a hotel in the Kurdish regional capital Erbil.

"No force, local or foreign, has the right to prevent this call," added Tai, head of research at the Iraqi federal government's culture ministry.

However, Iraq's federal government rejected the conference's call for normalization in a statement on Saturday and dismissed the gathering as an "illegal meeting".

The conference "was not representative of the population's (opinion) and that of residents in Iraqi cities, in whose name these individuals purported to speak," the statement said.

The 300 participants at the conference came from across Iraq, according to CPC founder Joseph Braude, a US citizen of Iraqi Jewish origin.

They included Sunni and Shiite representatives from "six governorates: Baghdad, Mosul, Salaheddin, Al-Anbar, Diyala and Babylon," extending to tribal chiefs and "intellectuals and writers", he told AFP by phone.

Other speakers at the conference included Chemi Peres, the head of an Israeli Occupation foundation established by his father, the late president Shimon Peres.

"Normalization with the [Israeli Occupation] is now a necessity," said Sheikh Rissan al-Halboussi, an attendee from Anbar province, citing the examples of Morocco and the UAE.

Kurdish Iraqi leaders have repeatedly visited the Israeli Occupation over the decades and local politicians have openly demanded Iraq normalize ties with the Jewish state, which itself backed a 2017 independence referendum in the autonomous region.