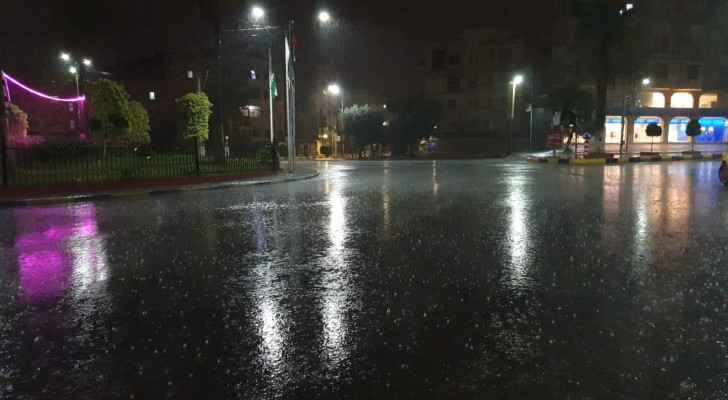 A number of governorates in Jordan witnessed rainfall on Thursday night and during the dawn and morning hours of Friday, as the first cold air mass of the season hits Jordan.

Satellite images monitor the movement of the rain clouds towards Balqa, Madaba and the capital Amman, where showers of rain have now fallen in Amman for the first time for this season.

The effect of the cold air mass on the Kingdon was obvious on Thrusday in the form of a significant drop in temperatures as they were lower than their averages for this time of the year, and the weather was wet in the mountains.

On Friday, the country is more affected by the air mass with lower temperatures than usual, and they will continue to drop further to be much lower than their rates for this time of the year.

Arabia Weather warned of the danger of slippery roads due to rain, and the need to take caution due to the large fluctuations in temperature, in addition to the low horizontal visibility due to dust in desert areas, especially on Thursday.

They also warned of a decrease in the range of horizontal visibility during the early morning hours due to fog, especially in the southern heights, noting the need to wear a light coat when leaving the house for highland residents, especially the late night hours.