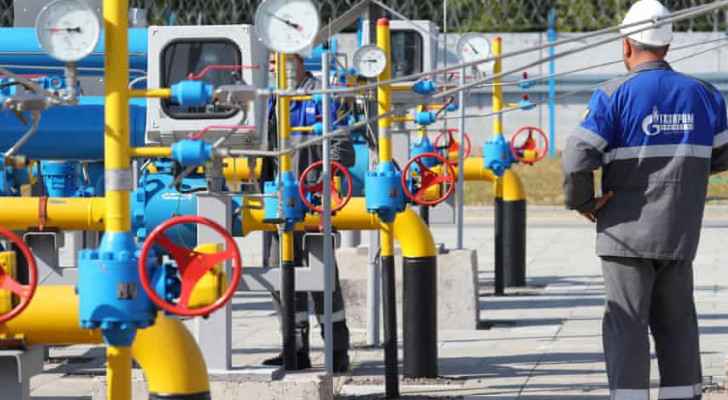 Wednesday, a looming energy crisis facing Europe overshadowed a meeting of EU ministers, with participants describing the situation -- being felt globally -- as "critical."

The continent faces soaring power prices as its economy recovers from the coronavirus pandemic and as winter approaches while natural gas reserves are at a worrying low level.

A profound EU transformation towards a low-carbon future, phasing out fossil fuels, is adding to the pressure on the bloc's market and households.

"It's a crucial time for energy. And this is the first time that at the same place at the same time and the same table we see ministers of energy and transport together," said Slovenian
Infrastructure Minister, Jernej Vrtovec.

He hosted the regular meeting of the EU energy ministers, held just outside Ljubljana, the capital of Slovenia, which currently holds the rotating European Union presidency.

Vrtovec said they would debate the impact of climbing energy prices -- particularly benchmark gas prices that have tripled this year to a record level -- which he stressed are "not okay for our economy and our citizens."

"It is clear that, in the current situation, Europe needs to invest in renewables, because they are really offering an alternative to our dependence on imports of fossil fuels," she said.

Lithuanian Energy Minister, Dainius Kreivys, called it "a critical time" and urged "important cooperation we need at the European level to protect ourselves at home."

Austrian Energy Minister Leonore Gewessler pointed to the "high dependency on Russian gas" as the underlying problem for supplies.

A group of more than 40 members of the European Parliament has written a letter accusing Russia's Gazprom of manipulating gas prices for Europe.

They see a diminishing flow of Russian gas through Ukraine as an attempt by Moscow to force Germany to approve activation of a newly completed gas pipeline through the Baltic Sea, Nord Stream 2. Gazprom denies the accusation.

S&P Global, a US financial and business analysis firm, said in a note last week that Gazprom's storage tanks in Europe were "almost empty and it is thought to be waiting for Nord Stream 2 to start up in order to fill them over the winter."

"European storage levels as a whole will remain a major concern heading into the winter," it said.

While the EU is struggling, the situation is far worse in former EU member Britain, where wholesale energy prices are outstripping even those soaring in the rest of Europe.

At least four British consumer energy suppliers have gone bust and others are teetering, unable to raise bills to households because of a mandated price cap.

Poor energy production from wind sources and a fire that has knocked out a UK converter station bringing energy from France have compounded the problem.

The United States is also seeing an increase in energy prices but is largely shielded because of gas production from its shale fields.