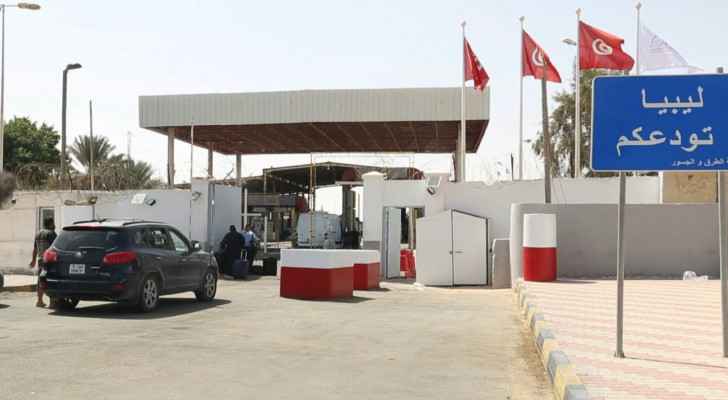 Tunisia and Libya opened their shared border on Friday, two months after it was closed as Tunisia's coronavirus caseload soared.

AFP reporters on both sides of the Ras Jdeir border post saw small numbers of travellers queuing to pass through.

On the Libyan side, more than a hundred empty cargo trucks were waiting to cross and load up with Tunisian imports, particularly food.

Tunisian products have been largely absent from Libyan shelves since the border was closed.

Libya shut its land border and suspended flights between the two countries on July 8 citing the explosion in Covid-19 cases in Tunisia.

But with the caseload rapidly dropping, officials on both sides agreed to reopen the frontier after Libyan transitional Prime Minister Abdulhamid Dbeibah met Tunisian President Kais Saied in Tunis on September 9.

National carrier Tunisair announced on its Facebook page Friday that it would resume flights to Libya starting September 23.

The Ras Jdeir border post is the main crossing between Libya and Tunisia, and both sides rely heavily on cross-border trade -- including smuggling.

Tunisia is also a key destination for Libyans seeking medical treatment not available at home.

Tunisia is one of a handful of countries that authorises incoming flights from Libya and allows Libyans visa-free entry.

Officials agreed on a stringent health protocol "subject to revision in light of developments in the health situation in the two countries," the Tunisian presidency said Thursday.

Travelers, including children, are required to be fully vaccinated against Covid and must produce a negative PCR test or face hotel quarantine.

Tunisia's COVID-19 caseload, which in August was the world's worst according to official figures, has since eased off significantly.

Since the beginning of the coronavirus pandemic, Tunisia has confirmed 698,427 cases and 24,415 deaths.