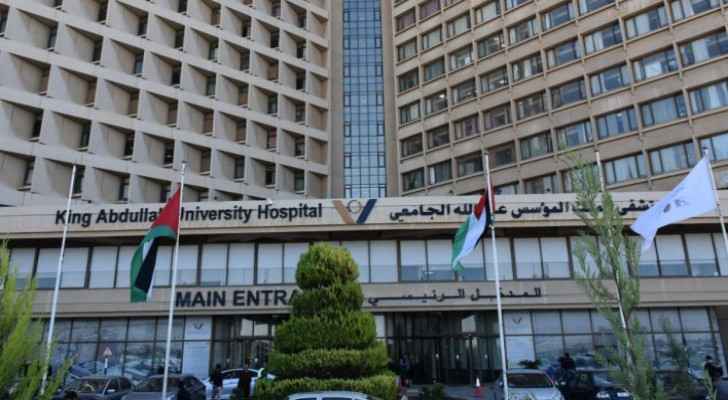 The Director of the King Abdullah University Hospital Muhammad Al-Ghazu told Roya Friday that he had requested to open an investigation into the death of an 11-month-old child after undergoing two surgeries.

The father of the child, Muhammad Ammar Bani Yassin, told Roya that his son suffered from the absence of nerves in part of the intestine since he was born. This forced doctors to put him in the prematurity ward.

The doctors informed the parents the earliest they could perform the surgery was after when the child turns 11 months old.

He added that when his son turned 11 months, he was taken to a government hospital, and an operation, which is intestinal reconnection surgery, was approved for him on Sept. 5.

He pointed out that when the doctors finished the operation for his son, Othman, they informed him that the child's condition was excellent, and they also told him that he would be discharged from the hospital after three days.

Bani Yassin continued that during the evening hours after the operation his son began to show abnormal swellings, and when he reported that to the doctors, they informed him that this was one of the side effects of the operation.

He explained that he noticed the child's inability to excrete and urinate, so the doctors then put a catheter in. However, Othman was still unable to urinate and the catheter was still empty 24 hours later.

Later on, one of the doctors noticed that there was a suture that had not been removed after the surgery, the father said.

Bani Yassin said after it was discovered that putting the catheter in was useless, a doctor put a suppository in the child’s anus.

The father continued that it was wrong to put a suppository in that area, because the surgery was performed in the anus.

The doctors, as a measure to control the swelling, decided to remove the nutrients from the child, so the doctors recommended that the child should fast for three days in order to reduce the swelling, after which they approved another surgery for him, without conducting any tests, according to Othman’s father.

“How can an 11-month-old child survive more than a day without fluids entering his body?” Othman's father said.

The child Othman underwent a second operation that lasted four hours, and when he came out of the operation, he did not wake up.

Then the father was informed by the anesthesiologist that he had been given an overdose of anesthetic to keep him asleep.

After calling the doctors, the child was injected with an anti-morphine needle used to anesthetize the child, and then he was transferred to the intensive care unit.

After that, Othman's father was informed of his child’s death.