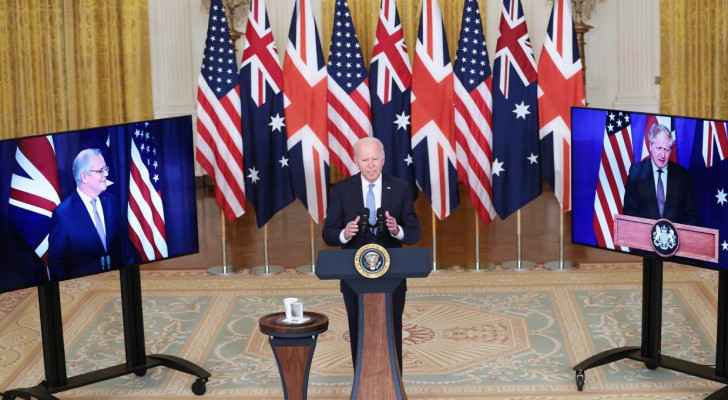 Thursday, a spokesperson said the EU was not told in advance about a new military partnership between the United States, Britain and Australia, which is fuelling fears Europe is being cut out by Washington.

The three countries' leaders unveiled the alliance Wednesday in what was seen as a move to counter China's rising might.

The agreement to provide a nuclear submarine fleet to Australia raised hackles in EU member France, which saw its earlier multi-billion dollar deal with Canberra scrapped.

"The EU was not informed about this project or about this initiative and we are in contact with the said partners to find out more," European Commission spokesman Peter Stano said.

"And we will, of course, have to discuss this within the EU with our member states to assess the implications."

A second spokesperson, Dana Spinant, insisted that the new alliance would have "no impact" on relations with the three countries.

The 27-nation bloc is looking to strengthen ties in the region, which it says is of "prime strategic importance for EU interests".

Brussels said in April the strategy could include bolstering the European naval presence in the Indo-Pacific.

Many in Europe were dismayed with the way the US pulled out of Afghanistan, critics accusing Biden of sidelining allies over the decision.