Muna and Mohammed El Kurd: 100 Most Influential People of 2021

Muna and Mohammed El Kurd: 100 Most Influential People of 2021 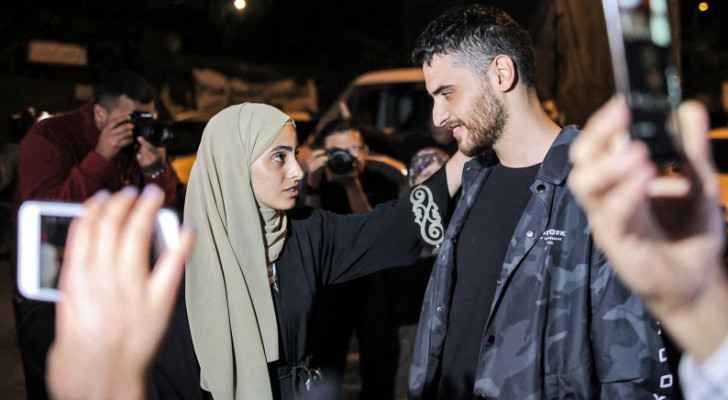 The duo became prominent voices in May when the IOF increased their violence and aggression against Palestinians, and attempted to forcibly uproot residents of the Sheikh Jarrah neighborhood, of which the Palestinian twins are residents, in favor of Israeli Occupation settlers.

Both Muna and Mohammed- lifetime activists in many respects- protested against the expulsion both on a local level, and across the world through social media.

Many of their videos- which displayed the realities on the ground and their own analyses- went viral. Combined, the two have nearly 2.5 million followers on Instagram alone.

The twins have been described by the magazine as having “provided the world with a window into living under occupation in East Jerusalem this spring,” which has helped “to prompt an international shift in rhetoric in regard to [Israeli Occupation] and Palestine.”

Both have appeared on many US news channels such as CNN, MSNBC and Democracy Now to discuss the recent violence in Sheikh Jarrah by the IOF and settlers.

TIME called the two activists “charismatic and bold” who challenged “existing narratives about Palestinian resistance through viral posts and interviews, humanizing the experiences of their neighbors and pushing back against suggestions that violence was being predominantly carried out by Palestinians.”

The Kurd family is among a handful of Palestinian families that face a forced uprooting from their Sheikh Jarrah home, located in rightful Palestinian territory, East Jerrusalem.

The Kurd family have had their homes stolen by settlers multiple times, including in 2009.

Under International Law, the Israeli Occupation has no legitimate jurisdiction over Palestinians or their homes in East Jerusalem.

The Sheikh Jarrah neighborhood is located in occupied East Jerusalem, which was subject to Jordanian sovereignty like all other West Bank cities before the Israeli Occupation took it in 1967 and annexed it in a move not recognized by the international community.

Jewish settlers, with the support of the courts, seized homes in Sheikh Jarrah, claiming that Jewish families lived there and fled in the 1948 war when the Israeli Occupation was established.

The Israeli Occupation does not return property and homes to Palestinians who have lost them and which are inhabited by Jews.

Jordan built housing in the Sheikh Jarrah neighborhood to house the Palestinians who were displaced in 1948 and has lease contracts to prove this.

Palestinian shot while standing in solidarity with the ....

Palestinian shot while standing in solidarity ....

Palestinian shot while standing in solidarity ....

Palestinian shot while standing in ....