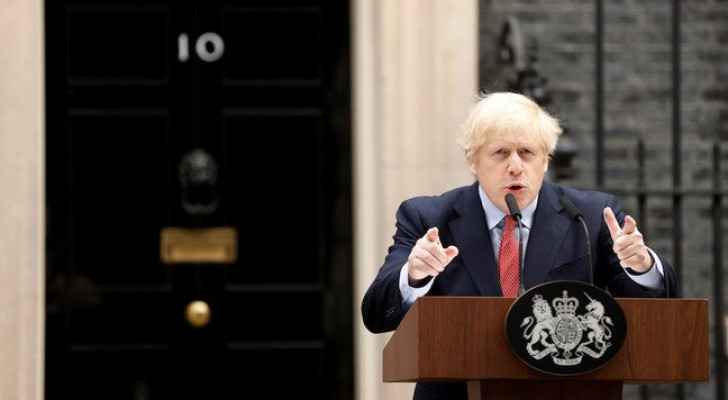 Raab took over as justice secretary but will retain the role of deputy prime minister, Downing Street confirmed.

The former lawyer, who deputised for Johnson when he was in intensive care with COVID-19 in April last year, has faced sustained criticism for his handling of the Afghan crisis.

He was replaced by Trade Secretary Liz Truss, who has brokered a series of deals since Britain's full exit from the European Union in January.

She became only the second female foreign secretary in British history.

Among the other leading offices of state, finance minister Rishi Sunak -- who has overseen big-spending economic support during the pandemic -- and hardline interior minister Priti Patel both retained their roles.

Gaffe-prone Education Secretary Gavin Williamson was the first minister to indicate he was out of a job, tweeting that it had been a "privilege" to serve in his role since 2019 when Johnson took office on a vow to "get Brexit done.”

Now that Britain has formally left the EU after a years-long divorce process, the Conservative government has been battling to tame one of the world's highest per capita death tolls from the pandemic.

Johnson enjoyed a "vaccine bounce" after Britain led the Western world in a mass immunization program, but the Conservatives' lead over the main opposition Labor party has eroded in recent opinion polls.

Last week, Johnson broke an election promise not to raise taxes as he announced a new levy to fund the beleaguered state-run National Health Service (NHS) and elderly care.

Johnson on Tuesday outlined a plan to restore pandemic restrictions if needed, to avert a fresh crisis for the NHS heading into what could be a difficult winter with hospitalizations rising again.

After days of speculation, a Downing Street source confirmed the reshuffle was happening, saying Johnson would "put in place a strong and united team to build back better from the pandemic".

"The PM will be appointing ministers this afternoon with a focus on uniting and leveling up the whole country," the source added.

However, Johnson also faces criticism for failing to flesh out his "leveling up" agenda to rebalance growth in deprived regions of Britain, including former Labor strongholds of northern England.

Raab was on holiday on a Greek island as the government scrambled to evacuate British nationals and Afghan staff in the face of Taliban advances last month.

Williamson meanwhile has faced a barrage of complaints about his handling of school closures, examination arrangements and university admissions during the coronavirus emergency.

Labor's deputy leader Angela Rayner said Williamson, who last week muddled up two of Britain's most prominent black sportsmen, "should have been sacked over a year ago".

"[His] absolute idiocy, failures and uselessness have damaged life chances of our country's children and this government has failed young people, teachers & education staff," she tweeted.

Johnson's official spokesman said the premier understood "the importance of having a diverse cabinet.”

But he would not guarantee that female representation would at least be maintained at its current level, which under Johnson has fallen to five out of 23 cabinet ministers.

Political strategist Dominic Cummings, the Brexit mastermind who fell out with Johnson last year, branded the shake-up the "Carrie reshuffle", suggesting that allies of the prime minister's wife will be
rewarded.

The Downing Street spokesman denied this.

Amanda Milling was ditched from her cabinet role as Conservative co-chairwoman, just two weeks before Johnson rallies the party faithful for their annual conference.

British PM says France should 'get a grip' following its ....

British PM says France should 'get a grip' ....

British PM says France should 'get a grip' ....

British PM says France should 'get a ....