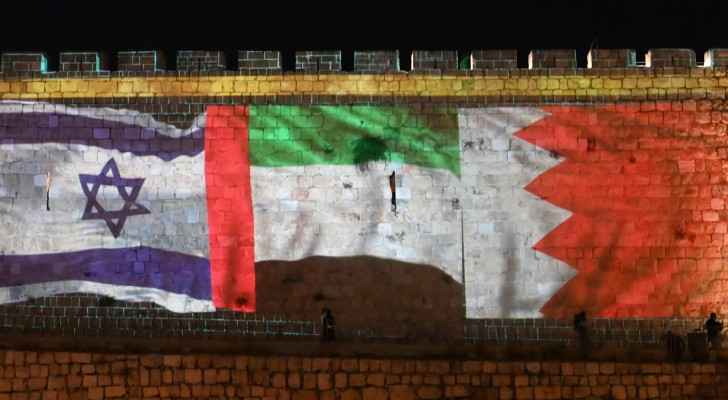 Wednesday, Israeli occupation projected flags of the United Arab Emirates, Bahrain and the US on the walls of Jerusalem's Old City, in celebration of the one year anniversary of the normalization deal between the UAE and Israeli Occupation. 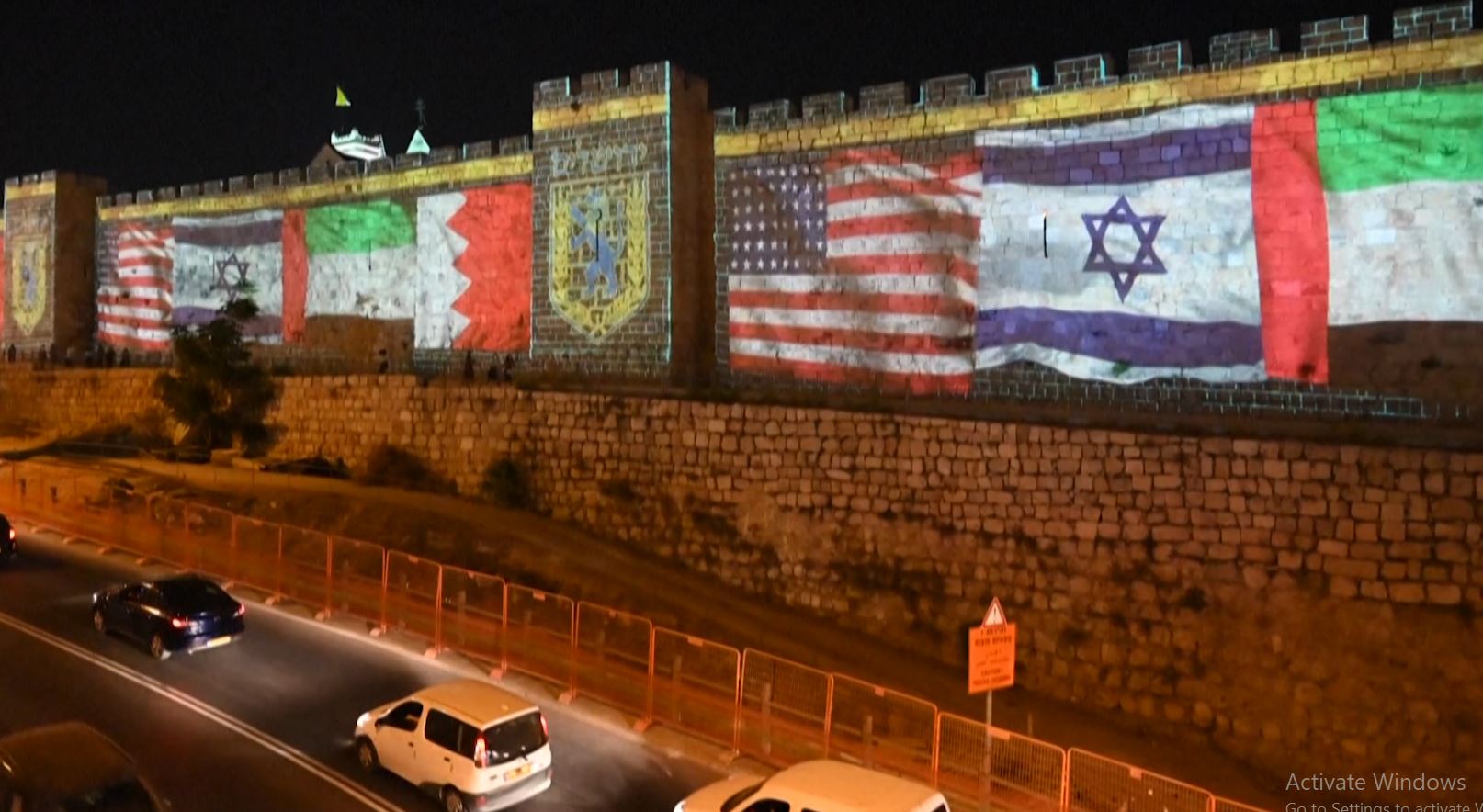 The normalization deal between the countries drew Palestinian anger but leaders hope it could reap a trillion dollars in economic exchanges, after the blow both economies took after the coronavirus pandemic.

Under the patronage and presence of former US President Donald Trump, Tel Aviv signed an agreement to establish relations with the UAE and Bahrain, in a move that the Palestinians denounced as a "stab in the back."

A resident of Jerusalem was photographed taking a selfie in front of the wall where the flags were projected. 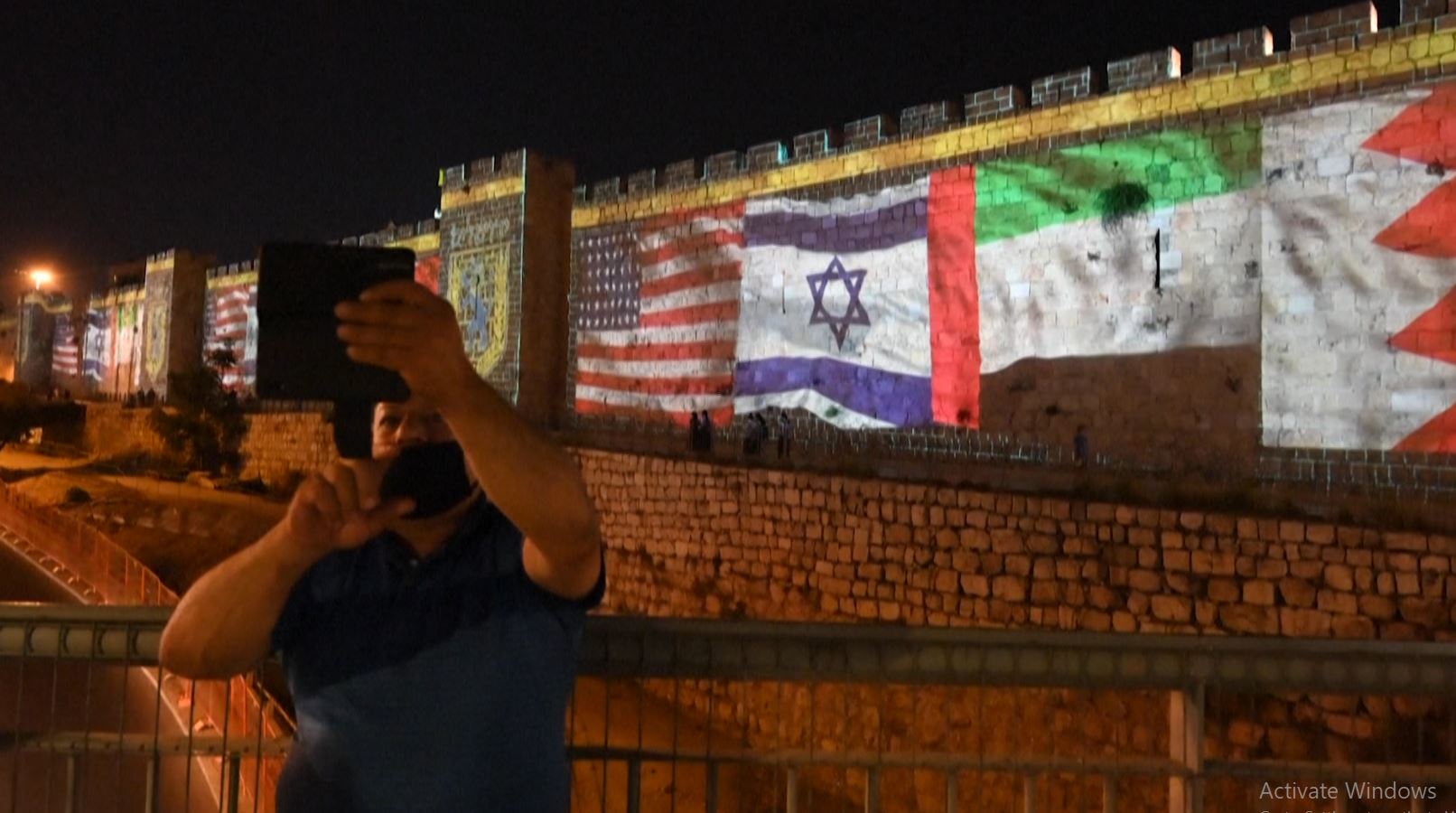 UAE was the first Gulf country and the third Arab country to normalize relations with the Hebrew state, followed by Bahrain, then Sudan and finally Morocco, after Jordan (1994) and Egypt (1979) recognized the Israeli Occupation.

A number of trade agreements have been signed between UAE and the Occupation, as well as an increasing number of the presence of Israeli Occupation startups in the UAE in the fields of artificial intelligence, financial technology and agriculture.

"A year after the Abraham Accords, we have a story to tell," said the Emirati Minister of Economy, Abdullah bin Touq Al Marri, Monday in an interview with the American Atlantic Council.

“We exchanged ambassadors, and signed more than 60 memoranda of understanding. We have 600-700 million dollars of trade exchange,” he said.

"We are looking to create more than $1 trillion in economic activity over the next decade," he added.

An oil agreement between the two countries is also underway aimed at transporting oil to the port of Eilat on the Red Sea, and then via a pipeline through Israeli Occupation territory to the port of Ashkelon on the Mediterranean, to be shipped afterwards to Europe.

"All the Arab world was preoccupied with what is happening in Gaza recently," Ilan Stolman Starosta, the country's first consul in Dubai, told AFP last month. "But they did not change their policy because peace with [Israeli Occupation] is a national interest for the UAE, as well as for the [Israeli Occupation] government."

Around 200,000 people from the Israeli Occupation visited the UAE since the establishment of relations, according to the consul.

Starosta estimated that there are 40 Hebrew companies in the UAE's free trade zones.

Additionally, two Emiratis will start studying at two universities within the Occupation this year.

The Consul General hopes that the Abraham Accords will lead to more links in the region.

"If we can make this [peace treaty] work, and it is currently working for the benefit of [Israeli Occupation] and Emirati citizens, then this framework can be applied to other countries in the region," he added. 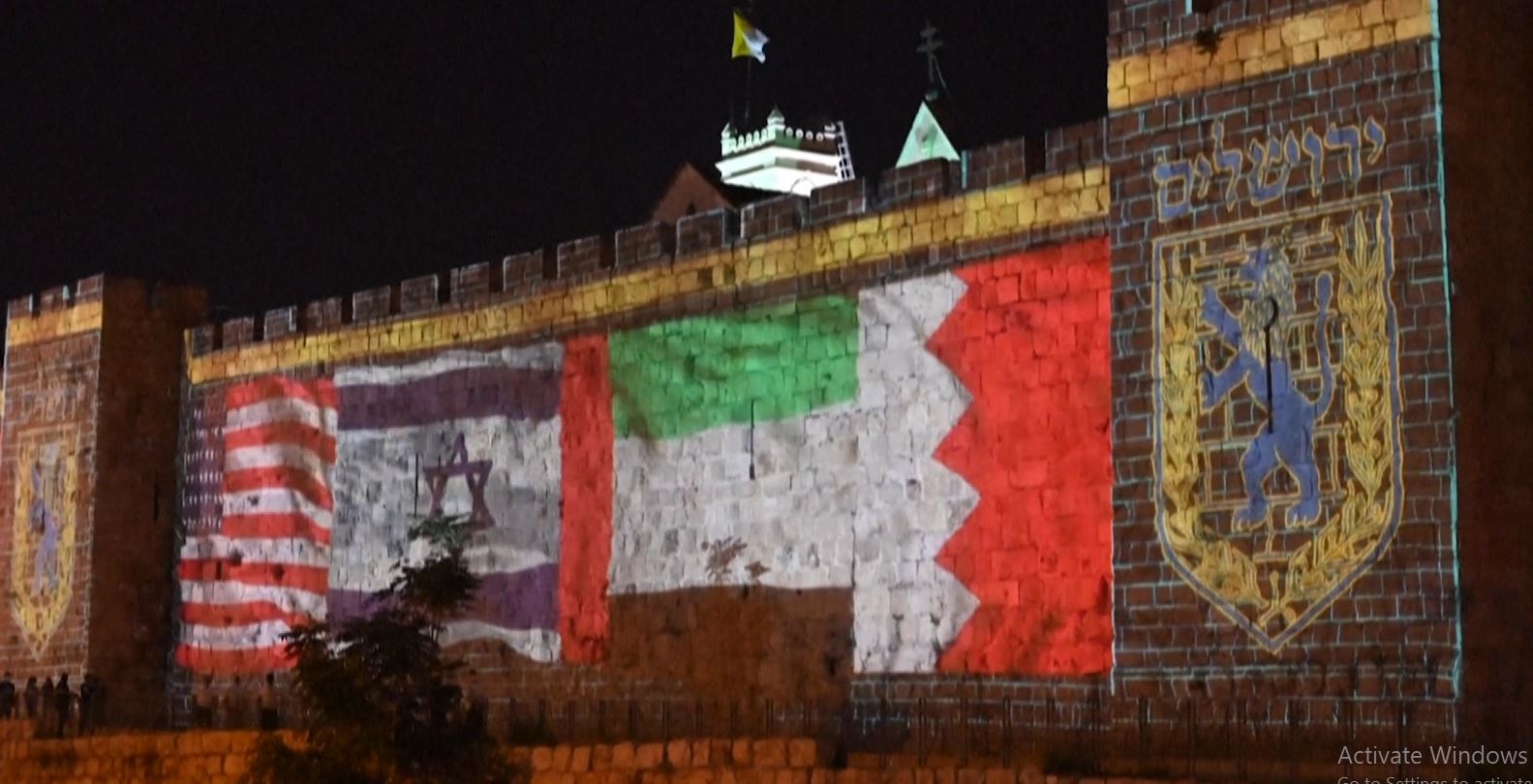