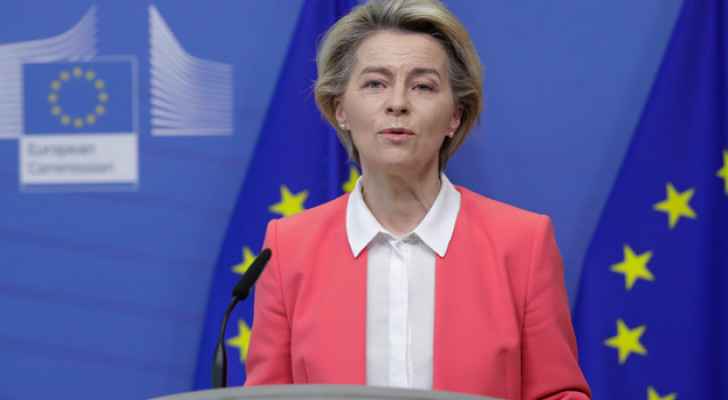 European Commission President Ursula von der Leyen stressed Wednesday that Europe will seek to strengthen its military capabilities after the collapse of the US-backed government in Afghanistan, announcing the holding of a defense summit.

In her annual State of the Union address to the European Parliament, von der Leyen said, "It is time for Europe to move to the next level."

It became clear that French President Emmanuel Macron will host the "European Defense Summit" during France's six-month presidency of the European Union, starting from the new year.

Paris is leading pressure for the 27-member European Union to develop more independent military capabilities alongside the US-led Western coalition.

Also, the rapid collapse of the Afghan government at the end of the 20-year US-led mission in Afghanistan has heightened debate in Brussels over the European Union's role in the region.

But most EU countries are also members of NATO, and some, especially eastern countries most vulnerable to Russia's threats, do not want to undermine relations with the United States.

"It was very painful to watch the events in Afghanistan for the families and friends of the dead soldiers," von der Leyen said.

"We have to think about how this mission could end abruptly. There are very troubling questions that allies within NATO will have to address," she added.

"But simply put, there is no security and defense issue that is less cooperative," she added.

Von der Leyen pledged to work with NATO Secretary General Jens Stoltenberg on a new EU-NATO joint declaration to be submitted before the end of the year.

A video clip of von der Leyen's speech showed a smiling Commission president next to the alliance leader, but Stoltenberg expressed doubts about the European Union's independent strategy.

"Any attempt to create two parallel structures and a duplication of the command structure would weaken our joint ability to work together," Stoltenberg told Britain's The Telegraph newspaper last week.

In the short term, von der Leyen has pledged an additional €100 million in humanitarian aid to Afghanistan as the bloc suffers the immediate repercussions of a Taliban takeover.

The new pledge comes after the European Commission quadrupled its humanitarian aid to Afghanistan this year to 200 million euros as the country struggles to avoid collapse after the Taliban seized power.

Brussels said none of the aid would go to Afghanistan's new rulers, and urged the Taliban to ensure humanitarian workers could get into the country.

In her speech, von der Leyen focused on the European Union's recovery from the COVID-19 pandemic and efforts to strengthen immunization campaigns worldwide.

She announced that the European Union will donate an additional 200 million doses of COVID-19 vaccines to low-income countries, more than double its current pledge.

Von der Leyen acknowledged the contrast that has emerged between economically advanced countries such as the United States and European countries that have so far vaccinated the majority of their population against the Corona virus, and poor countries that are struggling to obtain vaccines.

"With less than one percent of global doses given in low-income countries, the scale of the inequality and the urgency are clear," she said.

On the economic front, von der Leyen stressed that the bloc would not repeat the mistake it made after the 2007-2008 financial crisis by imposing sudden budget austerity as it emerged from the COVID-19 pandemic.

Recalling that the last time it took the EU eight years to return to pre-crisis levels, she told the European Parliament in her annual State of the European Union address, "We will not repeat this mistake."

She called the financial crisis "a cautionary tale" in which "Europe declared victory too early and we paid for it."

IMF warns of the repercussions of loss of Russian gas on ....

IMF warns of the repercussions of loss of ....

IMF warns of the repercussions of loss of ....

IMF warns of the repercussions of loss ....