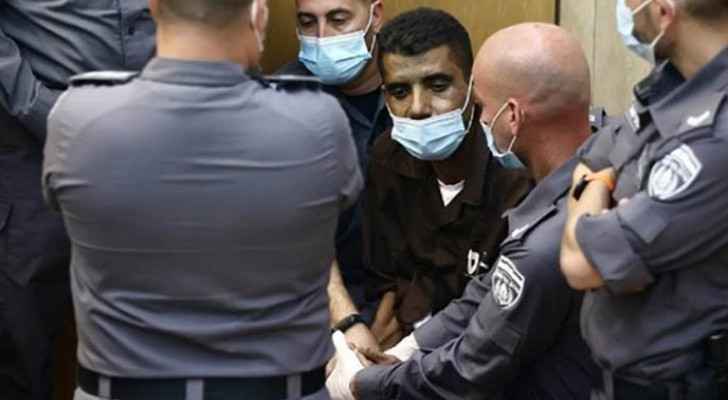 Tuesday, brother of the recaptured Palestinian Zakariye Zubeidi said that news reached the family through lawyers about Zubeidi’s deteriorating health and that he was admitted to the hospital twice, told Roya in an exclusive statement.

No further details were given regarding his health condition, Zubeidi’s brother continued.

Zakariye Zubeidi escaped from high-security Gilboa prison in the Israeli Occupation last week, along with five others after they tunneled out of prison, an action that was considered heroic by those who are Pro-Palestine.

He added that lawyers and international organizations showed interest in Zubeidi’s case as it has become a global story.

The brother wondered if organizations such as the International Red Cross and human rights institutions would help the family, not to release Zakariye from prison but to help check on him and his physical and psychological condition.

The Zubeidi family is stressed regarding the true nature of Zakariye’s condition, especially after many contradicting stories spread and some saying he is in a critical condition.

The fact that the Israeli Occupation surrounded Zakariye in court to prevent his filming after photos of his injured face and body emerged made his family concerned, according to his brother.

Meanwhile, the lawyer of the Palestinian Prisoners and Ex-Prisoners Affairs Authority, Khaled Mahajna, announced he will finally visit the four recaptured prisoners who escaped Gilboa prison.

Mahajna said they succeeded in breaking the order that “[prevents] the prisoners from meeting their lawyers, and after midnight we will visit them."

The lawyer said in a statement to Roya that the judge in the Israeli Occupation refused to give information about the prisoner’s health condition or his medical reports saying: “We can’t tell you about them."