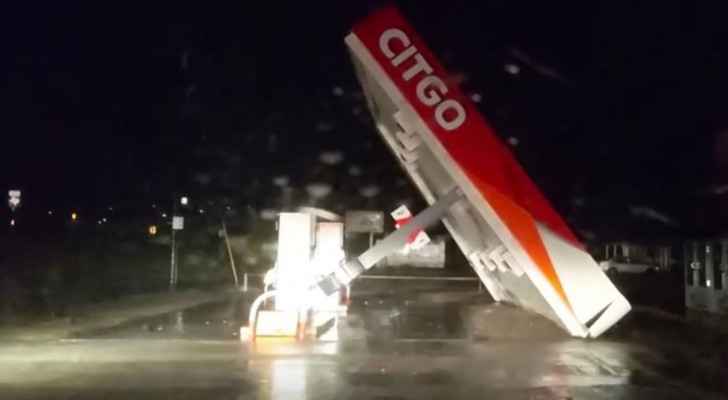 The hurricane reached the coast of Texas at about 05:30 GMT, with winds of 120 kilometers per hour, according to the latest bulletin issued by the center.

The center had warned in a previous bulletin issued at three o'clock in the morning GMT that Nicholas was heading to Houston, and that it "brings heavy rain, strong winds and storms to the coasts of central and northern Texas."

Tropical Storm Nicholas in the Gulf of Mexico intensified into a hurricane as it approached the US coast.

The National Hurricane Center indicated that the eye of the hurricane was at 05:30 GMT over the eastern part of the Matagorda Peninsula, southwest of Houston.

The center also issued a warning to residents of most coastal areas, stating, "there is a risk of life-threatening floods," calling for "all necessary measures to be taken to protect lives and property."

Hurricane Harvey caused severe damage in 2017 to the city of Houston, which was declared a state of alert.

Before the hurricane arrived, many flights were canceled at airports around Houston.

A spokesperson for the agency responsible for the transit of the Houston Canal announced the closure of the Port of Houston.

Residents rushed to gas stations and food stores to refuel and stock up on water bottles and their household and food necessities.

The risk of flooding in coastal areas increases due to rising sea levels.

VIDEO: Two killed after mountain collapses on building in ....