Irish activist speaks about Zubeidi's life from childhood to captivity

Irish activist speaks about Zubeidi's life from childhood to captivity 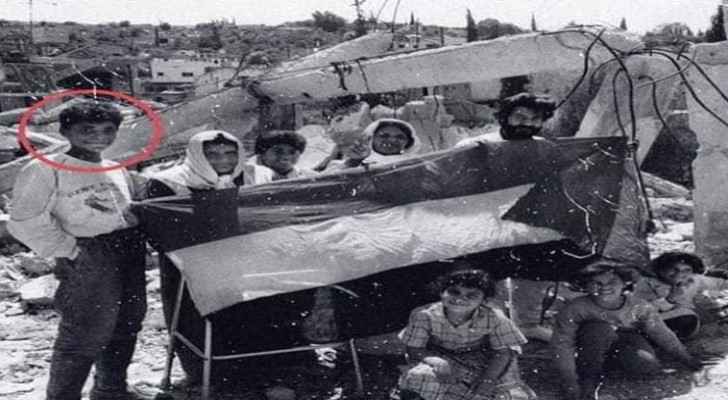 Irish activist Clare Holohan spoke on social media about the life and suffering of the Palestinian prisoner who escaped from Gilboa prison, Zakaria Zubeidi.

She wrote on Facebook “Like many of you, I am utterly devastated by the arrest of the 4 liberated Palestinian prisoners. Zakaria's kidnapping has probably upset me the most as I am familiar with his life story and the suffering he has endured for practically his whole life.”

Holohan said that the first time she heard of Zubeidi was in 2002 right after the massacre in Jenin in which 55 civilians were killed.

“My Dad had just been posted to Palestine as Ambassador of Ireland and as part of an EU delegation, we were planning to visit the Camp right after the Israeli [Occupation] assault.”

However, according to Holohan, the delegation was denied entry by the Israeli Occupation authorities, saying that this came in order to prevent them from witnessing the atrocities they had committed.

“No media were allowed in at the time.”

She continued “At this time Zakaria was one of the leaders of the Camp and was the only fighter who did not surrender. I remember reading an article by Israeli [Occupation] journalist Gideon Levy who had written a full page on Zakaria's life in Haaretz. 19 years ago I felt angry and hurt that such a young man had suffered and endured so much. He was 25 years old then and I was 18 and I remember feeling horrified that someone similar to my age had endured so many tragedies. Now all these years later those feelings are again triggered with the news of his arrest.”

She also spoke about Zubeidi’s life in her post.

“She was shot by an IOF sniper who targeted her as she stood near a window in her home, and bled to death. Her other son Daoud was alive, but had been detained without trial for a year by the Israeli [Occupation]. He was later killed in another incursion.”

She continued “When the theatre was founded on the top floor of the Zubeidi house, Zakaria was 12 years old. His recently-deceased father, Mohammed, had been an English teacher, but was prevented from teaching by the Israeli [Occupiers] after he was convicted of Fatah membership in the late 1960's. He worked instead as a laborer in an Israeli iron foundry, did some private teaching on the side, and became a peace activist. The first Israeli Zakaria ever met was the soldier who came to take away his father for alleged membership of Fatah.”

Holohan said that Zakaria attended the UNRWA school in Jenin Refugee Camp and when he was a ninth grader, he was shot in the leg after he threw stones at Israeli Occupation soldiers during the first Intifada.

Following his injury, he was hospitalized for six months and underwent many operations on his leg which was left permanently shortened.

“He never returned to school. Instead, his life alternated between the theatre that was his home, and the Israeli Occupation military prison system. At age 15, he was arrested for the first time (for throwing stones) and jailed for six months. After his release, Zakaria was jailed again, this time for four years on charges of throwing molotov cocktails. In prison, he learned Hebrew, and became politically active, joining Fatah.”

By the end of the intifada, Zubeidi told a number of interviewers that he acknowledged back then that the armed struggle had been a failure and only worsened the Palestinians’ situation, according to Holohan.

She said that Zubeidi also expressed an interest in working with Israeli Occupation peace activists.

“This led to a meeting in 2007 between him and Juliano Mer-Khamis, the son of Arna, and their reestablishing of a theater company in Jenin, which they called the Freedom Theater. Juliano made a documentary about the group in which Zubeidi features.”

She continued “A gripping documentary, Arna’s Children is about a group of Palestinian child actors in the Freedom Theater in Jenin. The film showcases the grim reality of children’s life under Israeli Occupation. Switching back and forth in time, the story follows the child actors to adulthood, forcing the audience to reckon with the trauma the kids endure.”

According to her, some years later, Zubeidi complained to a journalist about how hurt he was not to have heard from any of his friends from the Israeli Occupation after the deaths of his mother and brother.

“We opened our home and [the Israeli Occupation] demolished it,” he said.

“Every week, 20-30 Israeli [Occupiers] would come there to do theater. We fed them. And afterward, not one of them picked up the phone. That is when we saw the real face of the left in the Israeli [Occupation].”

In mid-2007, Zubeidi renounced militancy and committed himself to cultural resistance through theater.

After around a year, in 2008, he was hired by Juliano Mer-Khamis as director of the Freedom Theatre in the Jenin refugee camp. In the Freedom Theatre children could study theatre and experience the growing art and music culture surrounding the Palestine International Film festivals.

“On 29 December 2011, the Israeli [Occupation] rescinded Zubeidi's pardon and Zubeidi stated to Ma'an News Agency that he had not violated any of the conditions of his amnesty. He was advised by PA [Palestinian Authority] security officials to turn himself in to Palestinian custody lest he be arrested by the Israeli Occupation's security forces. A week before Zubeidi was notified about the cancellation of his amnesty, his brother had been arrested by the PA,” she continued.

After that, Zubeidi was kept in detention without charge by the Palestinian Authority from May to October 2012.

“Zubeidi undertook to study for a master's degree from Birzeit University, where he was supervised by Abdel Rahim Al-Sheikh, Professor of Cultural Studies, with a thesis entitled The Dragon and the Hunter, that focused on the Palestinian experience of being pursued from 1968 to 2018.”

However, he was arrested again on Feb. 27, 2019, before he could complete his dissertation.

Holohan said “To think that I read about this man 19 years ago and to reflect that nothing has changed and his circumstances have only gotten worse along with the situation in Palestine is a personal reminder of how long this injustice has lasted. All these flashbacks are reminders of how much my life has moved on whilst his has remained a life of suffering. Zakaria had wanted peace despite all the pain and trauma he endured, but was left with no hope and no opportunity to build a happier life under Israeli Occupation.”

She lastly added “I dread to think of Zakaria and the other prisoners' fate now and can only hope that they will be released in a future prisoner swap. We must keep talking about the plight of Palestinian prisoners and keep the momentum going until all 4650 (including 200 children) of them are free.”