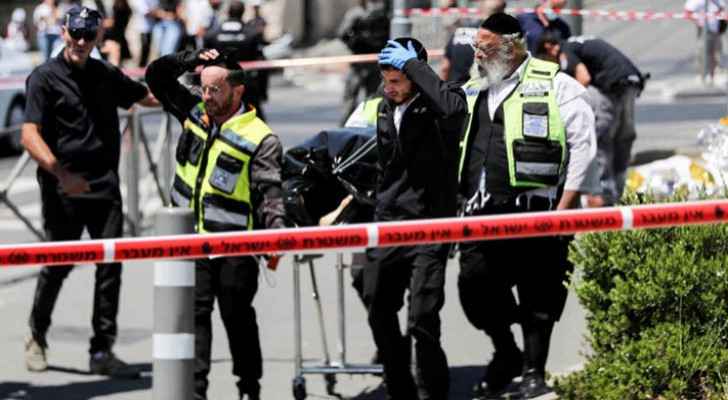 Monday evening, three settlers were injured in a stabbing attack carried out by a Palestinian youth in the occupied city of Jerusalem.

The suspect was shot and arrested.

Hebrew media reported that the operation was carried out on Jaffa Street, near the central bus station in occupied Jerusalem, where the settlers' movement is active.

Hebrew media reported that the injured settlers are in their twenties, and among them are students from extremist religious institutes.

After the operation, the occupation forces attacked Palestinian youths in the area.

This operation comes hours after a Palestinian youth was shot by the occupation for allegedly attempting to carry out a stabbing attack near the "Etzion" junction, south of Bethlehem.

The occupation forces prevented ambulance crews from reaching the injured young man and providing him with first aid services.

Two days ago, the Jerusalemite doctor Hazem Al-Jolani was martyred after the Israeli occupation opened fire on him at the Council Gate in Old Jerusalem, after an Israeli soldier was wounded in a stabbing attack in the Old City of Jerusalem.