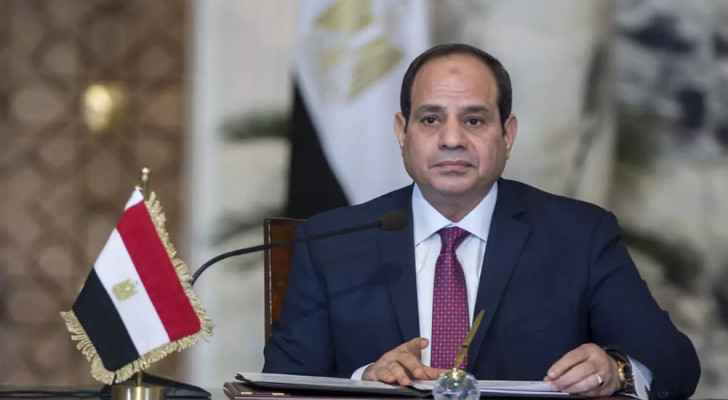 Egyptian President Abdel Fattah al-Sisi will receive Israeli Prime Minister Naftali Bennett Monday in Sharm el-Sheikh on the Red Sea, in the first visit at this level in ten years, in an attempt to revive peace talks, according to the Egyptian presidency.

Egyptian presidential spokesman Bassam Radi said on his official Facebook page that "the meeting scheduled to be held in Sharm El-Sheikh is expected to discuss a number of bilateral issues between the two sides in various fields, as well as ways and efforts to revive the peace process, as well as the latest developments on the regional and international arenas."

Cairo played a vital role in May when it succeeded in brokering a violent 11-day ceasefire between the Israeli Occupation and Hamas that caused severe damage to the besieged Gaza Strip.

The talks come as Israeli Foreign Minister Yair Lapid Sunday emphasized the importance of the Egyptian role in presenting a plan to develop Gaza aimed at improving the lives of citizens in the Strip in return for the Israeli Occupation's security.

"This will not happen without the support and involvement of our Egyptian partners, and without their ability to talk to all concerned," Lapid said.

Egypt has had a peace treaty with the Israeli Occupation since 1979 and often mediates between the Occupation and Palestine.

Despite Cairo's support for the Palestinian Authority headed by Mahmoud Abbas, it always works to bring the Palestinian factions together by hosting rounds of dialogue between Hamas and Fatah.

Ten days ago, Sisi received his Palestinian and Jordanian counterparts to discuss the development of the situation in Occupied Jerusalem.

Nael Shama, a political analyst based in Cairo, said that Bennett's visit is "an important step in light of the growing security and economic relations between the two countries and their mutual concern over the situation in Gaza."

He told AFP that the visit also comes within the framework of "Egypt's plans to revive political talks between Israel and the Palestinian Authority."

Sisi calls for end to Palestinian ....