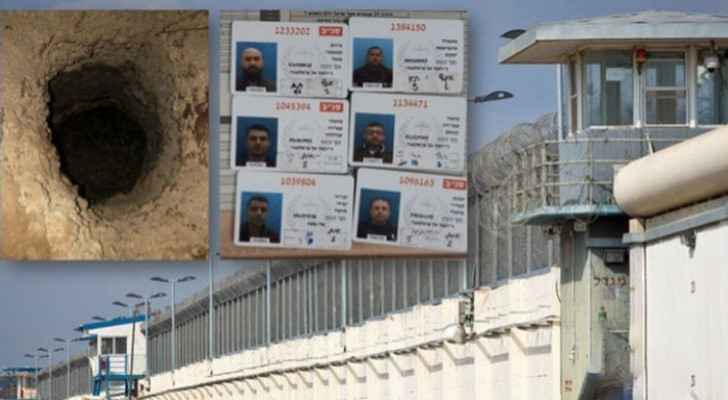 The Hebrew website, quoting a judicial official in the Israeli Occupation related to the investigations, said that a prison guard, who was sitting in the control room and was responsible for watching the CCTV screens, was instead watching TV and did not notice the escape on surveillance cameras.

The Hebrew website, quoting the official, added that when the prisoners began to leave the tunnel, the dogs in the prison yard barked, which alerted an alarm system, but the guard did not notice because of his television.

According to the website, the surveillance cameras recorded the escape process and the prisoners' exit from the tunnel. Zakaria Al-Zubaidi was one of the first prisoners to leave, and one of the prisoners also found it difficult to get out of the narrow hole of the tunnel and the other prisoners pulled him out.

According to Walla, the six prisoners stood near the tunnel opening for about 20 minutes, and then began to withdraw towards the agricultural lands near the prison.

The Hebrew website indicated that some prisoners noted days before the escape that sand was found in the prison's sewage system, and, additionally, cleaners noted that they found sand in garbages. No action was taken by authorities.