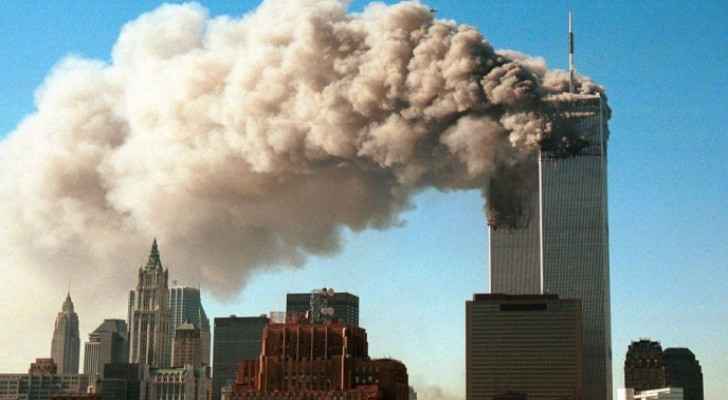 In a private ceremony held Thursday afternoon at the US Embassy in Amman, US Ambassador to Jordan Henry T. Wooster commemorated the 20th anniversary of the September 11 terrorist attacks perpetrated by the Al Qaeda terrorist group. The Ambassador led a moment of silence in honor of the 2,977 innocent people, including Jordanians Robert Elias Talhami and Ramzi Dowany, who were killed in the attacks. The ceremony concluded in the lowering of the American flag to half-mast, in the words of Ambassador Wooster, “to remind ourselves that even as life continues, the memories of those taken from us sanctify our ongoing efforts towards a better tomorrow for ourselves, and for future generations.” Embassy employees, family members of the Jordanian victims, and senior officials from the Ministry of Foreign Affairs and the Jordan Armed Forces attended the ceremony.

In his remarks, Ambassador Wooster noted only days after the attack on September 11, 2001, the United States began the operations in Afghanistan that resulted in the death of Al Qaeda leader Osama bin Laden on May 2, 2011 in Pakistan. The Ambassador acknowledged Jordan’s support in that effort, as well as the loss of two Jordanian officers in Afghanistan. “Our coordinated response, in Afghanistan and across the globe, thwarted efforts by Al Qaeda and similar groups, like ISIS, to slaughter innocent people.”

Reflecting on the deaths of 13 US military service members killed during the evacuation of American citizens and partners in Afghanistan, Ambassador Wooster observed “Most were infants on 9/11. Each had dreams. Every one of them volunteered to serve as a Marine, a Sailor, or a Soldier. Most had spent time in Jordan—and indeed most of them deployed to Afghanistan from Jordan. Their personal stories and their courage remind us of what is great about America. The grief of their families and friends, meanwhile, remind us of the cost terrorism imposes on us.”

To watch the ceremony that took place, click here.