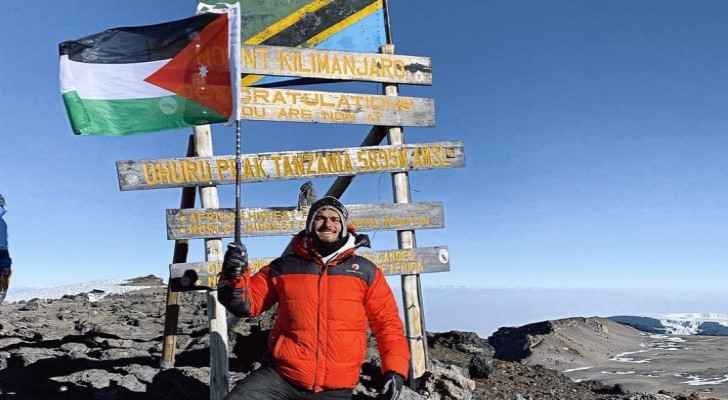 Thursday, social media activist Muhammad Al-Sabbagh reached the top of Mount Kilamanjaro, which is located in northeastern Tanzania, near the Kenyan border, which is 5,895 meters above sea level, after leaving Jordan on August 30.

The trip coincided with Al-Sabbagh's 25th birthday, when he wrote, "The first time I feel like this is on my birthday... This place is Mount Kalamanjaro... I am very happy that I challenge myself frequently with many things...".

Al-Sabbagh concluded his journey with a short video clip, in which he expressed his absolute joy at his ascent to the highest peak in Africa, despite his feeling of fatigue.

He also raised the Jordanian flag on the peak, writing on Instagram, "Praise be to God, I was able to raise the flag of Jordan and prove to everyone that I am capable...".