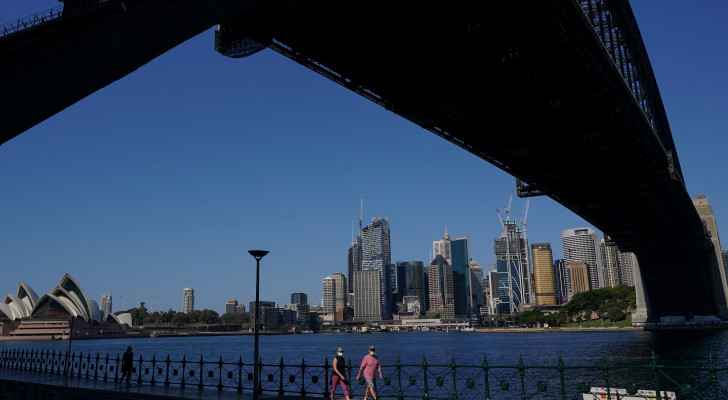 Australian authorities announced Thursday that Sydney residents, who have been under lockdown for ten weeks, will be able again in October to go to bars if the rate of fully vaccinated people against Covid-19 reaches 70 percent.

Lockdown measures will be lifted for people who have received both doses if this target of vaccinating the adult population is reached in the state of New South Wales, which includes Sydney, according to a "road map to freedom" published Thursday.

No date has been set, but the numbers lead to believe that this could happen in October, after about four months of closure.

"Eating a meal with relatives or going out with friends is within reach," Deputy Prime Minister John Barillaro said.

After ten weeks of lockdown, the announcement is giving hope to Sydney's five million residents and should prompt more people to get vaccinated.

Hair salons, gyms, restaurants and cinemas will also be able to reopen, and students will return to school from October 25.

This announcement comes as the state of New South Wales recorded 1,405 new infections on Thursday, while doctors fear increased pressure on hospitals.

"When we reopen the state, the number of cases can be expected to rise, but if that includes the immunized population, our health system will not be affected," state Premier Gladys Berejiklian said.

More than 39,000 cases have been recorded since the outbreak of the delta mutant recurred in mid-June in Sydney.

Other measures will be lifted when 80 percent of the population becomes immune, according to Berejiklian, who hinted that travel abroad could resume for the first time since the Australian border closed in March 2020.

The announcement comes as Prime Minister Scott Morrison acknowledged the "sacrifice" accepted by tens of thousands of Australians living abroad who were unable to return home.

The Australian government also touched on the adoption of a vaccination passport, which is supposed to be approved before the resumption of international flights, expected this year.

But travel within Australia could be allowed in the long-run, as states and territories that continue to pursue the "zero COVID" goal do not want to allow freedom of movement.