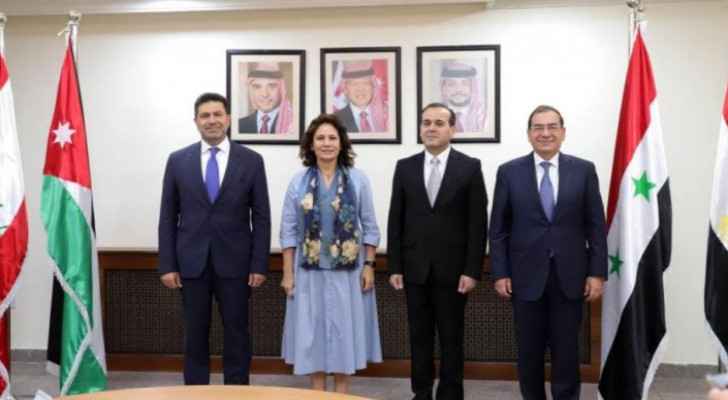 Jordanian officials Wednesday approved the pumping of Egyptian gas through Jordan in an effort to aid Lebanon in its ongoing multi-headed crisis.

In the last six weeks, during which the fuel crisis in Lebanon was exacerbated due to the lifting of fuel subsidies, leaving millions of Lebanese in the dark, Jordan has sent four medical planes to Lebanon.

All efforts are being made to help Lebanon overcome the challenges the country faces in the energy sector, Zawati stressed.

She explained that the four countries- Jordan, Egypt, Lebanon, and Syria, through which the gas will be transfered, are in the process of developing a road map for the project's infrastructure, which will need three weeks.

A meeting will be held soon to discuss the necessary agreements to supply electricity to Lebanon.

The Egyptian Minister of Energy, Tariq al Molla, said the country’s President, Abdelfattah Sisi, wishes to support Lebanon and Egypt will repair the facilities needed to re-pump gas as they have not been used for 10 years.

He pointed out that technical steps have been put in place and a joint team has been appointed to discuss issues related to the matter.

Notably, the four countries are bound by an agreement to transport Egyptian gas to Lebanon, as well as Syria and Jordan, via the Arab Gas Pipeline, but Egypt stopped pumping gas a decade ago.

Its total length is 1,200 kilometres, and was constructed at a cost of US1.2 billion.

Since the 2019 outbreak of popular anti-corruption protests, Lebanon has been facing a severe economic crisis that has sent nearly two-thirds of the population into poverty and seen the local currency lose 90 percent of its value. The lifting of fuel subsidies in August has had a ripple effect on all sectors, with bakeries, hospitals, and other critical institutions unable to keep their lights on.

The World Bank has called the crisis one of the worst since the 1850s.