Haiti racing against time to rebuild schools destroyed by the earthquake 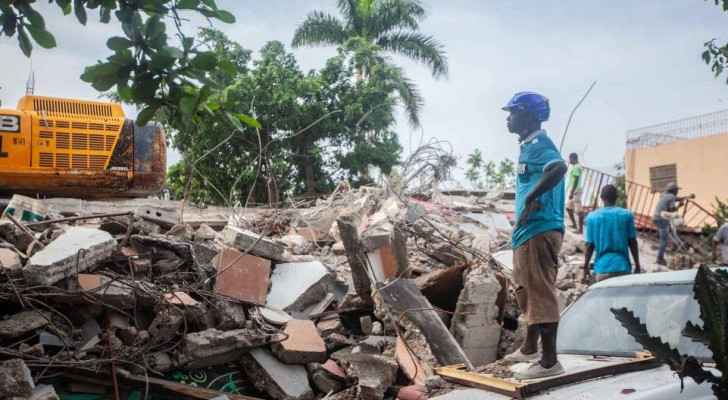 Haiti is struggling to get students back to school amid the devastation of last month's earthquake, which killed more than 2,000 people and flattened tens of thousands of buildings, including many schools.

It presents a logistical and humanitarian challenge in the disaster-prone and poorest country in the Americas, which has not yet fully recovered from a massive earthquake that killed more than 200,000 people and caused billions in damages in 2010.

The school year, which was scheduled for Sept. 6, has been postponed by two weeks for most students. In three southern regions, which were most affected by the 7.2-magnitude earthquake that struck on Aug. 14, school was postponed until Oct. 4.

Many families in those areas lost their property.

"Out of the 2,800 schools in the three affected regions, the situation in 955 was assessed by the government and with the support of UNICEF, and preliminary results show that 15 percent of them were destroyed and 69 percent were damaged," said Bruno Maes, UNICEF Director of Haiti.

"It will be a race against time as there are only a few weeks to establish protective and safe havens for education for children in these three regions so that they do not miss another year of school," he added.

The 2019-2020 school year ended in March of last year due to COVID-19. As a result, for many Haitians, the following school year was disrupted by rampant street gang violence.

In late 2020 and early this year, gang members carried out several kidnappings for ransom, targeting students or teachers near schools in the capital, Port-au-Prince.

About 150 km from the capital, the Camp Pirin area was largely spared from the wave of violence but was severely affected by the earthquake.

Receiving students again in schools is a difficult matter, especially for the private ones, which represent 80 percent of Haitian schools.

"We have students who have not yet paid their tuition for the 2017-2018 school year," said Maxim Eugene, a teacher at Mazinod High School.

"We can't turn them down and make them lose a year of school for money," he added.

The earthquake destroyed every class in the well-known Catholic school.

While soldiers cleared the rubble, school officials are still waiting for help to launch the school year.

"We've got pledges, but they haven't been fulfilled yet," Eugene said.

"If we receive tents on time, we can prepare to start school on the fourth of October, because we were able to preserve the furniture," he added. Eugene stressed that he is optimistic, although he may have to teach in the school soccer field.

The La Sele region, located in a mountain range extending south of Haiti, was among the hardest hit by the August 14 earthquake, which left its residents in despair.

"The building may be ready, but personally I don't know how I will be able to go back to work," said Prinno San Jules, the principal of a primary school whose home was destroyed in the earthquake.

A day after the earthquake, a neighbor lent him his pants and he spent the next 10 nights sleeping in the back of a truck with his wife and two sons, along with four other homeless people.

Saint Jules, 60, currently lives in a shelter made of sheet metal. He was no longer able to think about the new school year.

The events of recent weeks and the pressures left him feeling "psychopath."

"I spend my time thinking about how I will be able to get through the ordeal," he said.

Saint Jules, who has taught for more than 30 years, considers his only consolation that the school he supervised 12 years ago was only damaged and not completely destroyed. However, it remains in a deplorable position.

"I have become as poor as those who do not work," he said. "It is very difficult from a humanitarian point of view."

"But from the financial side, if the building is repaired and the government intervenes to help parents and teachers, we can open the school on October 4," he added.

This is despite the fact that Saint-Jules lives in the open, as do most of its 400 students.