Airlines fear another slump in global travel due to Delta mutation 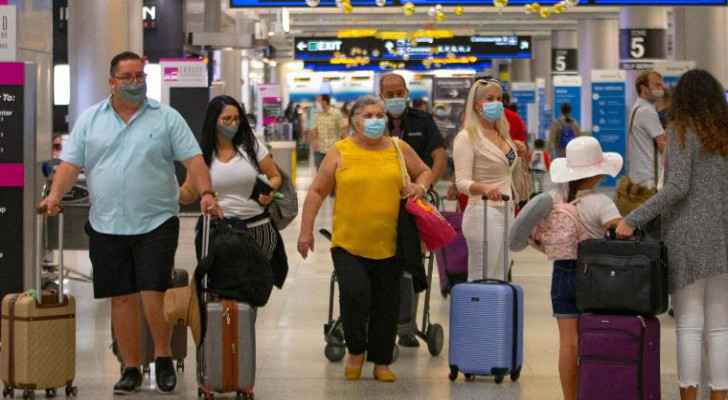 After a better-than-expected summer, global air transport specialists fear a slump in passenger numbers as the Delta mutation forces the imposition of new travel restrictions.

Is it the Europeans' appetite for vacationing in a sunny destination, or the success of the health certificate imposed by Brussels? In the height of the summer season, unprecedented levels of air transport were recorded on the continent since the emergence of the pandemic in March 2020.

The number of passengers in August reached 71 percent of the level recorded in the same month of 2019, after 65 percent in July, exceeding the most optimistic forecasts of the European Organization for the Safety of Air Navigation (Eurocontrol).

Elsewhere in the world, US domestic flights in July fell only 28.5 percent compared to the same month in 2019 in revenue passenger kilometers (the industry benchmark), according to the International Air Transport Association (IATA). In China, which is another huge market, airlines reduced their losses thanks to the improved performance of the sector.

On the other hand, other officials do not hide their fear of a repeat of the 2020 scenario, with a summer that recorded 45 percent of air traffic in Europe compared to July and August 2019, an improvement compared to a catastrophic spring due to isolation measures and border closures.

But new waves of the epidemic in the fall again reduced flights to a minimum.

And what will happen this year after the start of the new school year empties the beaches in Greece, Italy, Spain and Portugal?

The chairman of the board of directors of the group that operates Paris airports Augustin de Romani admitted Tuesday that "the vision for the winter and autumn (...) is not very big."

- 'We know absolutely nothing' -

The president of Ryanair Michael O'Leary expects a "hard winter" after a summer in which the group returned to profit. His Lufthansa counterpart, Carsten Spohr, supports his position, predicting a "long and cold again" winter.

The Air France-KLM group, which is betting on the return of operating profitability in the third quarter after a loss of more than 10 billion euros since the beginning of the crisis, declined to disclose its expectations for the fourth quarter.

Like its historic rivals Lufthansa and British Airways, Air France waited all summer to reopen the US border to Europeans, to resume its most profitable transatlantic flights.

But the opposite trend appears to be taking shape: the European Union announced on Monday the return of restrictions on non-essential travel to the United States, due to the high number of infections.

The International Air Transport Association does not expect global air traffic to return to the level of 2019 before 2023. In July, the compensable delay was still an average of 73.6 percent for long-haul flights.

French companies also suffered from the deteriorating health situation in the Antilles during the summer, which led to a decrease in demand, or from very limited flight periods granted by the countries of the Maghreb, which are their main market.

"We are having a difficult second summer," Jean-Francois Dominiac, president of the Association of Independent Airlines, told AFP.

"No one expected the mutant delta to spread so dramatically," he added. In terms of activity planning this winter, "we know absolutely nothing."

To revive a sector that lost $126 billion in 2020 alone, the International Air Transport Association urged governments on Wednesday to "reopen the door to freedom of travel."

"At a minimum, vaccinated travelers should not be subject to restrictions," he added.

The par excellence of the globalized air transport sector has to deal with “piecemeal, unilateral and temporary” government measures, “which are not sustainable given that we will live with the Covid epidemic for some time,” according to the promoters of the “Consortium for Global Health Security,” including former British Prime Minister Tony Blair. and health experts.

In an article published in the New York Times, they called on the G-20 to give impetus to a globally recognized vaccination certificate, to revitalize intercontinental flights.