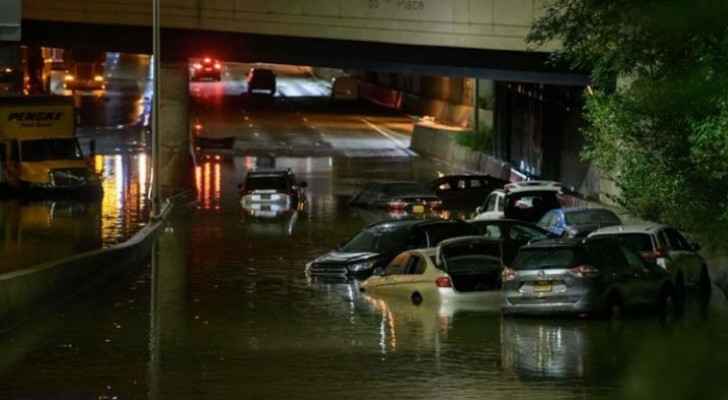 Thursday, the Ministry of Foreign Affairs and Expatriates expressed its deepest condolences to the government and people of the United States of America for the victims of the floods and storms that struck the states of New York and New Jersey, which resulted in the death and injury of dozens, and caused huge material damage.

The official spokesperson for the Ministry of Foreign Affairs and Expatriates Affairs, Ambassador Haitham Abu Al-Foul, expressed the Kingdom's solidarity with the government and people of the United States of America, and wished a speedy recovery for the injured.

The spokesperson called on Jordanian citizens in the US affected by floods and storms to be cautions and comply with the public safety instructions issued by the US authorities in this regard, and to contact the operations center number at the Ministry's headquarters in cases of emergency at: 00962795497777 or the emergency number of the Kingdom's embassy in Washington: 2022949522.