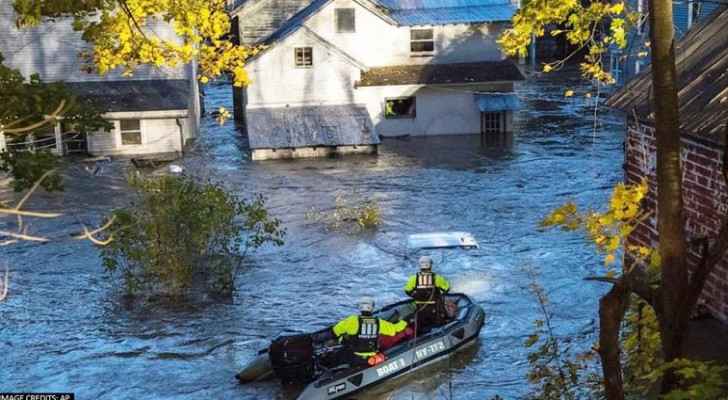 Heavy rain fell in New York Wednesday night, sowing chaos in the northeastern United States leading to the cancellation of flights and the declaration of a state of emergency in several regions.

At least eight people died due to bad weather in New York, according to police. This brings the death toll from Aida since it struck Louisiana Sunday to at least 15.

Streets have turned into rivers in some places in the economic and cultural capital of the United States, while subway stations have been inundated, according to the Metropolitan Transportation Authority.

80 millimeters of rain fell in Central Park in one hour.

New York Governor Kathy Hochhol declared Thursday a state of emergency in the state "to help New Yorkers affected by tonight's storm," after "major" floods formed in the vicinity of the city. These measures include about twenty million people.

Biden to visit New York Tuesday to assess damage from ....