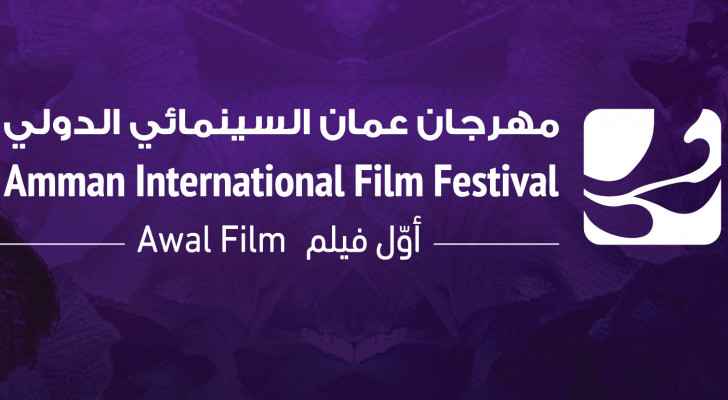 The closing awards ceremony of the 2nd Edition of the Amman International Film Festival – Awal Film (AIFF) was held Tuesday at the Royal Film Commission – Jordan (RFC). It was attended by Princess Rym Ali, President of the Festival, and her husband, Prince Ali bin Al Hussein, Chairman of the Board of Commissioners of the RFC. It was also held in the presence of the AIFF jury members, guests and the filmmakers competing for the Black Iris awards.

For nine days, the Jordanian capital hosted the AIFF, which highlights the first-time achievements in various categories and celebrates Arab talents; the 2nd Edition culminated with the participation of the festival's guests in-person, unlike last year.

The AIFF, which primarily targets the audiences in Jordan, provided a unique opportunity to watch 51 films from 26 countries in three locations: the drive-in cinema in Abdali area, the open-air theatre of the RFC, and TAJ Cinemas.  Public safety measures were taken into account and ensured a safe environment for guests and the public. Additionally, the AIFF expanded into the governorates as screenings were also organized in Irbid, Salt and Wadi Rum, in addition to online streaming on the Istikana platform to reach a larger audience across the Kingdom.

Commenting on the development and expectations of the 2nd Edition of the Festival, the President of the AIFF, Princess Rym Ali said, "The Festival pays special attention to cinema in both its cultural and professional components; it seeks to induce a creative movement. The programme was rich, the discussions were inspiring, and the atmosphere was charming, all hosted in our beautiful city of Amman. This year, new and promising talents were discovered, and we hope to see more art develop in future editions. I congratulate the winners and I wish them success in other international and Arab festivals; I would also like to extend my wishes to the projects that won awards in the development and post-production platforms.”

She added: "The Amman Festival is young, but ambitious, and its staff is serious and dedicated. We hope that in its next editions, the festival will take concrete steps and establish itself on the map of Arab film festivals."

In a festive atmosphere, the Jordanian artist Zain Awad, accompanied by the Egyptian media personality Bassem Youssef, presented the segments of the ceremony, which included the screening of the Jordanian short film "Diana," directed by Maysoon Hbaidi.

The Jury also gave Special Mention to the feature-length Lebanese film "Under the Skies of Lebanon" directed by Chloé Mazlo.

In the Feature-Length Arab Documentary segment, Algerian director Lina Soualem won the Black Iris Award for Best Feature Length Arab Documentary for her film "Their Algeria," along with a cash prize of $15,000. The Jury for this category included director Mai Masri; novelist and documentary filmmaker Caroline Pochon and editor Elias Chahine. The Special Mention went to the feature-length Egyptian Documentary "One the Fence" directed by Nesrine Elzayat.

Among the 18 competing films for Best Arab Short Film, the Egyptian entry "The Other Cheek," directed by Sandro Canaan, won the Black Iris and an award of $5,000. The jury was composed of Jérôme Paillard, Executive Director of the Marché du Film at the Cannes Film Festival, alongside actress Anaheed Fayyad and director Fadi Haddad. They awarded a Special Mention to the Moroccan short "Aïcha" by Zakaria Nouri.

Heavy traffic not a result of poor planning: Director of ....

Heavy traffic not a result of poor planning: ....

Heavy traffic not a result of poor planning: ....

Heavy traffic not a result of poor ....