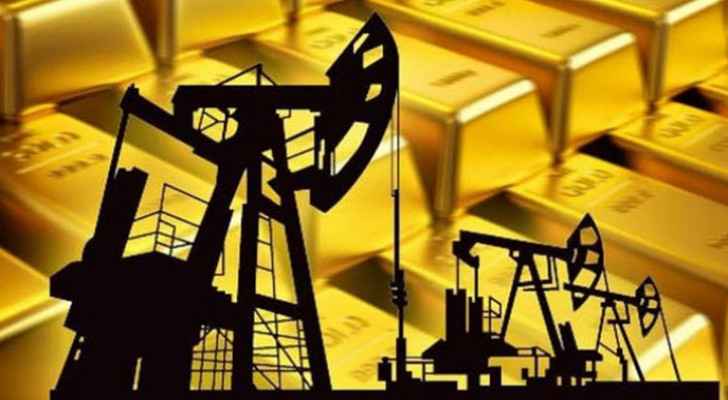 Monday, oil prices fell after being at their highest level in four months.

The decline comes with the developments of Hurricane Ida, which caused the suspension of production of about 1.75 million barrels of crude oil.

US crude oil fell by 1.4 percent to the level of $67.70, according to Wall Street Journal.

Seperately, gold prices rose in the US global market Monday, extending its gains for a third day, and recording its highest level in four weeks.

This happened after the decline of the US dollar against a basket of global currencies.

Russia's reserves of gold and foreign exchange have risen towards the level of $600 billion.

According to data from the Russian Central Bank, Russia's international reserves rose by the end of Aug. 20 by $1.8 billion and amounted to $595.6 billion, compared to reserves on Aug. 13, which amounted to $593.8 billion.