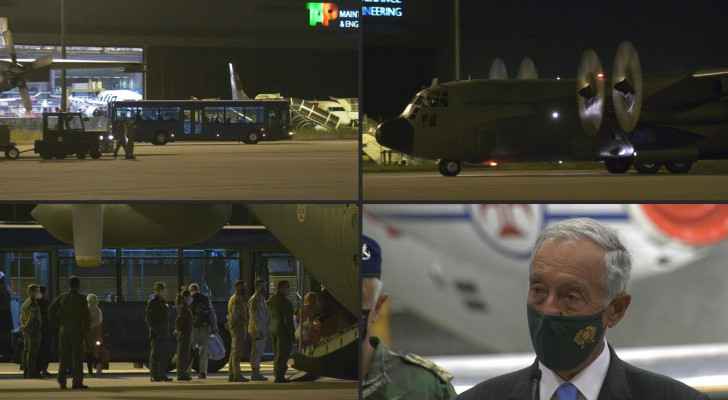 Spain announced the end of its Kabul evacuations on Friday after a nine-day operation that saw more than 2,200 people flown out of the strife-torn country following the Taliban takeover.

Prime Minister Pedro Sanchez was at the Torrejon de Ardoz airbase near Madrid when the last plane with evacuees from Afghanistan landed on Friday evening on a flight from Dubai, ending an airlift that began on August 18.

Sanchez and other government officials applauded as the passengers, including Spain's ambassador to Afghanistan and 82 Spanish soldiers, disembarked from the aircraft.

"In total, we have managed to evacuate 2,206 people," he said earlier on Friday when he announced the end of the operation, indicating the number was almost three times higher than expected and hailing the work involved in a mission of "extraordinary complexity."

"Mission accomplished," he said while insisting Spain was "not going to abandon the Afghan people."

He said most of the people evacuated were Afghans, including 1,671 -- and their families -- who worked for Spain.

Some 333 worked for the European Union, 50 who worked for NATO as well as 21 Portuguese or Afghans working for Portugal. He said another 131 were evacuated on behalf of the United States.

"We stayed in Kabul until the last second while the security of the operation was guaranteed, but we remain committed to... seeking ways to continue evacuating the maximum number of people who worked with Spain and the international community."

Sanchez said Spain did not have "an exact number" of Afghan collaborators who were left behind but was working on "a way to continue getting them out" without specifying what that might entail.

Foreign Minister Jose Manuel Albares said all European Union and NATO member states who had a presence in Afghanistan "must continue to extract our Afghan collaborators."

"We will not change our goal which is to not leave anyone behind and to continue to help the Afghan people," he added during an interview with Spanish public television.

On Thursday evening, following twin suicide bombings outside Kabul airport that claimed at least 85 lives, Sanchez had pledged to evacuate "as many people as possible."

Hours later, his government announced the end of its airlift, saying the last two planes had landed in Dubai at dawn on Friday carrying 81 Spanish nationals, 85 Afghans and four Portuguese troops.

Sanchez said there are 484 Afghans currently at the Torrejon base who would stay there another week before being sent to other reception centres within Spain and the EU.

Spain has also agreed to host up to 4,000 Afghans flown by the United States to two bases in southern Spain.

Under an agreement signed between Madrid and Washington, the evacuees may stay for up to 15 days at the airbases, which are used jointly by the United States and Spain.