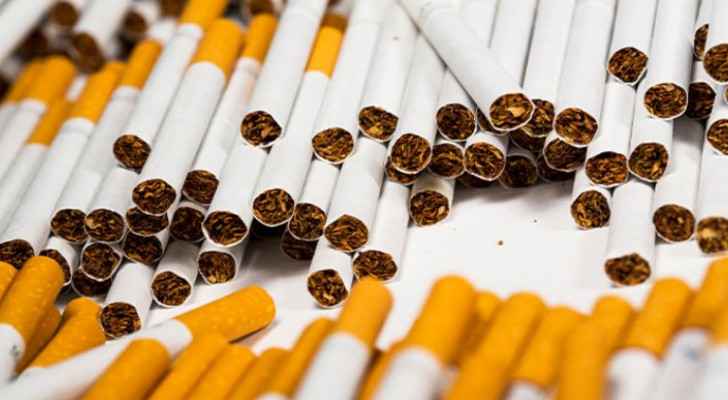 The General Director of Jordan Customs, Jalal Al-Qudah, revealed Thursday the seizure of an illegal cigarette production line, explaining that the number of people involved in this case is three people.

He added during a press conference that large quantities of tobacco were seized at dawn on Thursday, estimated at around five tons.

During the press conference, it was confirmed that the illegal production line entered the country legally four years ago.

He added "This morning, as part of the follow-up to what was seized from the tobacco production line, large quantities of smuggled tobacco were seized, estimated at five tons, and it is believed that they are used for the purposes of the tobacco industry in an illegal and incorrect manner."

"The machine was seized and investigations are ongoing to find out the types of cigarettes that were smuggled.”

According to Qudah, investigations into the case are currently underway.

“We did not get the final results."

Earlier Thursday, a source in the Jordan Customs Department revealed that an illegal cigarette production line was seized in Jordan.

The source told Roya that the case was referred to the competent public prosecutor.