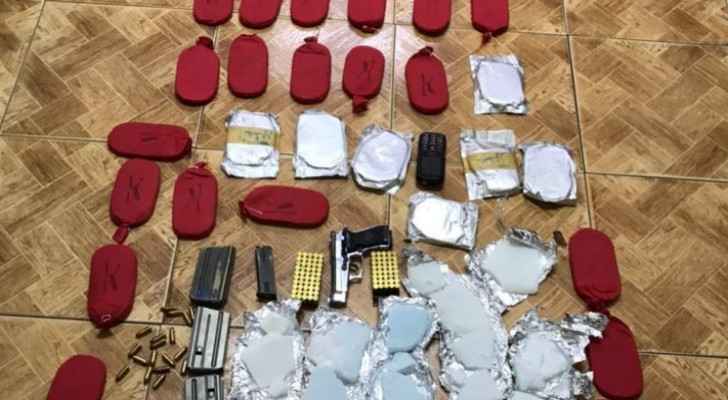 Tuesday, the Anti-Narcotics Department (AND) arrested six people in possession of 50 kilograms of hashish and 1.5 kilograms of crystal meth in the northern Badia region, according to the media spokesperson for the Public Security Directorate (PSD).

The individuals stored the narcotics in a tent in an empty area.

The spokesperson added that after the information was confirmed, the AND raided the place and arrested six people. After searching the tent, 50 kilos of hashish and 1.5 kilograms of crystal meth were found in it, in addition to a firearm.

The case was referred to the State Security Court prosecutor.