Lockdown measures in Sydney extended until end of September 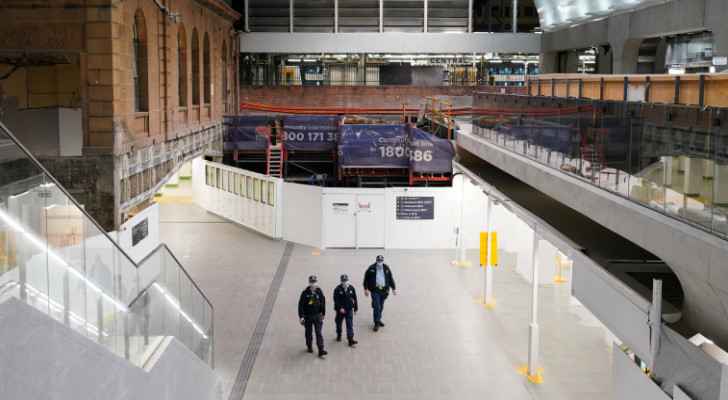 Friday,  closure measures imposed in Sydney were extended for an additional month, as Australia's largest city tries to contain a new rise in the number of Covid-19 infections caused by the Delta mutant.

"Unfortunately, the number of infections keeps rising," New South Wales Premier Gladys Berejiklian said, noting that she had to make a "difficult" decision.

Having recorded a small number of infections since the beginning of the epidemic, Sydney is now counting more than 600 cases per day.

Lockdown measures will remain in place across the city until the end of September. Residents living in the worst-affected parts of the city will be subject to a night curfew and will only be able to go out for one hour a day to exercise.

About 1,000 soldiers were deployed to help the police enforce measures that the population is increasingly violating.

The death toll continues to rise and the virus is spreading to other parts of the country, while Australia is rushing to vaccinate a larger number of the population.

To date, barely 30 percent of the population has received two doses of coronavirus vaccines.

The authorities especially fear for the indigenous people in remote areas, who are especially vulnerable to infection with the  virus, which continues to spread.

A spokesman for the local health services told AFP that government employees are going to homes to urge residents to get tested.

At the start of the epidemic, Wilcania residents put up signs on the outskirts of the city asking drivers not to stop in the city in order to reduce the risk of infection.

The authorities of New South Wales are facing the wrath of other Australian states, as cases related to the focus appeared in Sydney.

Since the start of the pandemic, Australia has recorded more than 42,000 cases of Covid-19, with nearly a thousand deaths.