Tens of thousands protest against poverty in Argentina 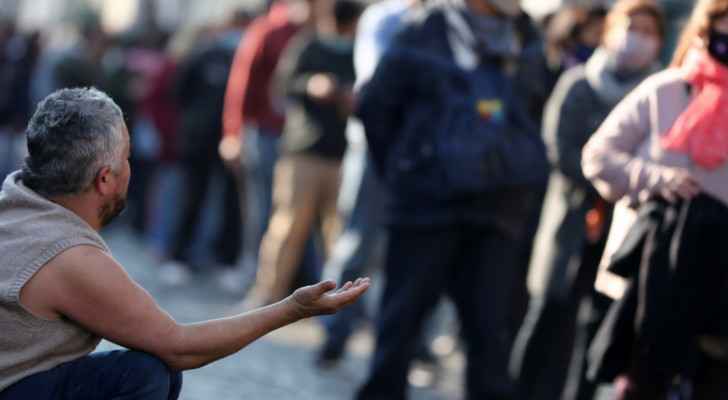 Tens of thousands of Argentines have demonstrated across the country against poverty and unemployment as the economic crisis that has long plagued the deepens.

About 42 percent of people in Argentina live below the poverty line amid the economic slowdown exacerbated by the coronavirus.

Organizations working with the unemployed and left-wing groups led a protest in the capital, Buenos Aires, that began in a church where thousands of pilgrims travel each year to pray at the shrine of San Caetano, the patron saint of labor.

It ended in the Plaza de Mayo, a huge plaza in front of the Government House where protests usually take place.

"I've come on behalf of people who don't have work: my brother, my neighbors and so many people you see really struggling everywhere," Nestor Ploys, a 41-year-old educational assistant told Reuters news agency.

Protests also erupted in other parts of the country, including the second city of Córdoba in Argentina and the western city of Mendoza.

The Argentine government announced on Friday that it would ease coronavirus restrictions after weeks of declining case and death numbers.

“The more we vaccinate and care for ourselves, the more we will be able to maintain these achievements and progress in a continuous and progressive openness,” President Alberto Fernandez said in a recorded televised message.

Fernandez said he saw brighter days ahead. “Argentina is growing, recovering from jobs, and will get income back,” the president said.

Argentina has reported more than five million cases of COVID-19 and more than 107,000 deaths, according to Johns Hopkins University data.

The pandemic has already worsened a difficult economic situation in the South American country, where 42 percent of the country's 19 million people live below the poverty line and unemployment is 10.2 percent.

Legislator Juan Carlos Alderet, leader of the left-wing Corente Claista e Compativa party, said the needs of people in some neighborhoods were "enormous."

"The soup kitchens are seeing whole families come to eat and many children have to take care of health professionals because they are malnourished," he said.